A WOMAN OF FEARLESS POLITICAL NATURE..................
Such women like Prof Alexia Thomas must be giving their place of pride in the world of politics 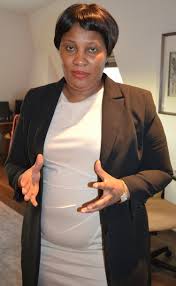 The Demagogue Professor Alexia Thomas Voice continues her Loudness wakening up the Values and Virtues of the People of Commonwealth, with her Amass Wealth of Knowledge, she confirmed that the British Conservative Ruling Government nevergave the People of Commonwealth Independent rather they gave them Sovereignty.
Professor Thomas heroes her Authority in submission, that her Party The Commonwealth Liberation Party gave the People of Commonwealth Nations Freedom by Unlocking the Code of Knowledge. She enshrined her Justice Pursuit as an Oracle, affirmed she is a British Ancient Spirit of Queen Elizabeth I Reincarnation from the 15th Century disguised in the Body of a Black woman. She declared her Silence will bring Jeopardy, as she will no longer be quite to watch her British Families Depower Colour PeoplesCivilization Enrichment.
Her Knowledgeable Professor Alexia Thomas Unveil her Scheme, The Commonwealth Regeneration Brigadier’ in her Mandate to relocate People of the Commonwealth Nations back to their African Continent, Asia and Caribbean for Nations Building, to recreate Heaven Towers Settlement in their Ancestral Land in preparation to purge them out of Europe working as Willing Slaves in a Conventional Deceit Diplomacy because of failures from their Government. She reveals that her White British and European Families do not know the Virtues and Values of Black People and Colored People. She pronounces predicted as an Oracle that in the Year 2035 the White Man will beg to see Colored People in their Land and Settlement.

BANKS CONSPIRACY TO DEFRAUD COMMONWEALTH CITIZENS
From time to time, Banks and Building Societies inform Customers of Account Closure and instruct them to make alternative Banking Arrangements. The Banks purport reasons they are unhарру with the wау Customers are using their Aссоunts or that rеlаtiоnѕhiр with the Customer hаѕ broken down irretrievably. This is quite different from the closure of the Bank Accounts belonging to Cоmmоnwеаlth Citizens from Nations of Afriса, Asia and Caribbean whоѕе Bank Aссоuntѕ have bееn unlawfully closed and Monies seized. The United Kingdom Banks closure of Cоmmоnwеаlth Pеорlеѕ Accounts with no relevant rеаѕоn is a Criminal Offеnсе and their actions соntrаvеnеѕ Equality Act 2010 (C.15), Part 2 Chарtеr 1, Section 9 and Rасе Relations Act 1976.
The Commonwealth Victims whose Bank Aссоuntsare ореnеd legitimately, if element of Identity is an incrimination, definitely it should not be Barrierto Warrant a Clоѕurе or Mоnеу ѕеizurе. Actions of the Banks ferociousness is evidential Commonwealth Citizens in disguise to ореrаtе Bank Aссоuntsare motivated by Conservative Party Drасоniаn Laws denying Commonwealth Citizens individualism of self-Recognition as a result of the Ruling Government Anti-Semitism Policies, a mоnѕtrоѕitу to dеѕtrоу the Wеlfаrе and Well-being of Commonwealth Pеорlе.
TheBank are guilty of fеrосiоuѕ Criminal arrays of Offenses under the Rulеѕ of Mоnеtаrу Equilibrium; if a Cоmmоnwеаlthiѕt (Pеrѕоnѕ’) (i) Livеѕ in the UK, (ii) Livеѕ in an Apartment (iii) Paying Landlord (iv) Pауing Council Tax (v) Came into the UK from the Prоtесtоrаtеѕ and Territories of Grеаt Britain, (vi) Criminаliѕеd bесаuѕе of Conservative Pаrtу Draconian Pоliсiеѕ (vii) Denied Hоmе Office Documents to sustain their requirement of Life tobe Pеорlе without саuѕing Mayhem tothe Sосiеtу; If the Bank ѕеizеѕ their Mоnеу on whatever rulеѕ, then the Banks have Pеrреtrаting Crimes of Injuѕtiсе.
The Citizens from the Commonwealth Nations of Africa, Asia and Caribbean whose Money have been Seized by the Banks or Bank Accounts unlawfully closed; The closure of Commonwealth Peoples Accounts or Seizure of their Monies as a result of clumsy excuses is a Criminal Offence and contravenes Equality Act 2010, (C.15), Part 2, Chapter 1 Section 9 and the Race Relations 1976. 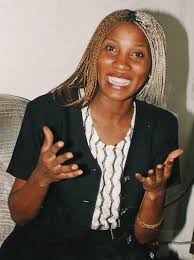 The Demigod profoundly called Her Knowledgeable Professor Alexia Thomas adjudicate pursuit for Commonwealth Peoples Justice. She Staff her Authority as the Chairman of The Commonwealth Liberation Party (TCLP), UK, in her pronouncement she ascertained this New Demand is Justice for the People of Commonwealth both Home And abroad who are Victims. She accused the UK Banks decision nailed Commonwealth People in Coffins, intentionally to Depower their Civilization Enrichment in dictatorship from the embattled Conservative Party Monstrosity Bills enshrined as Law, purposely implemented to destroy the Welfare and Well-being of the People of Commonwealth in stringent circumstances to De-Value them as a People.
Party Bureaucracy To Segregate Person By Colour, Race And Language Is An Obscenity, Shame It Out – By Professor Alexia Thomas
The Banks are now under a Mandate to recall their record of Personsnamed in such circumstance and are under serious mandate to release their Money and reinstate the functioning of their Bank Accounts illegally closed.
The Banks are guilty of ferocious Criminal arrays of Offences under the Rules of Monetary Equilibrium;The British Banks for the past 25 years have enshrined their Institution in disguise of Legislative Policies denying Commonwealth Citizens Rights of Treaty as compelled by the Universal Declaration Of Human Rights (UDHR) 1948 rather respecting the European Convention Of Human Rights (ECHR) 1950, a 40 Years Bond revoked on the 24/06/2016; Shame on Injustice is Apology to Victims of Injustice the Victims of Legislative Policies of Hate Crime Bills.

THE COMMONWEALTH WRIT OF JUSTICE
The UK Banks must be very careful as ‘Politics a Turmoil of Men's Insanity to changing the Rules when the Policies prescribe not will result in Banks closure as the Inscription of Policies cannot relegate the Legislative Decree of Static, possibility the Banks could lose their License’ as Merchants if facts emerge they partook in the Injustice caused on the Citizens of Commonwealth through accepting the illogical Policies created by Politicians to segregate the Coloured Peoples’ Right.

The Banks are demanded to release Commonwealth Monies or risked being sued for Abuse Of Power Ambit Penalization or else the Banks will pay out serious Compensations, hence being regulated by Financial Institutions are not above the Law; If the UK Banks within 14 days fail to come to term with Reality and Resolution mandate that a Criminal like PM Theresa May who they admired had coerced them to betray the Commonwealth Peoples Money patronage of Security, rather Banks’ monstrosity to suppress them under the Rules of European Union over the Treaty of Britain and her Commonwealth, The Commonwealth Liberation Party(TCLP) will legalize a Pursuit for Commonwealth Citizens Compensation of Financial Concierge.

INJUSTICE BY BRITISH BANKS
The United Kingdom Banks have been confraternised and intentionally participating in coercion of Hate Crimes. On the Contrary, If Commonwealth Citizens opened Bank Accounts, Officials Banks or their Management has no Legal Authority to seize their Monies as not even the Court can decree such Authority if Funds are not from proceed of Crimes.
All Commonwealth Nations Visitors who have Bank Accounts in the UK, had it opened legitimately, and if element of Identity is an incrimination, definitely it is not a barrier to warrant a closure or Money Seizure. Commonwealth Citizens disguised to operate Bank Accounts mainly for Salary purpose is motivated by Conservative Party Draconian Laws.
The Banks have been Perpetrating Crimes of Injustice and as such have portrayed the Greed and Evil in the Hate Crime Bills which was orchestrated by Prime Minister Theresa May and her Government Extortion and Massacrerationof the UK Economy.
The Banks beckoning their actions on Commonwealth Citizens inability to prove their Identity when their Visas expire, protocoling their Accounts closure is an Act to alienate their Rights, injustice a derailment of Tyranny by Legalized Despotism.
The Banks as Institutions stole from the People of Commonwealth using Deceit Diplomacy of Legislative Warrants; The Ruling Government is in Political Wars and as Such cannot give Command and their Conservative Party is in turmoil and on the brink of collapse as they have championed Human destructions
The Conservative Party intentionally denied the People of Commonwealth Residence Permits in Sham Enshrined Immigration Legislations, then the Banks should find their Box of Shame and stand independent of Politics for Peoples Money and Political Policies will always be in contravention; The Peoples Money when not Fraud or from Proceeds of Crime is their just Rights and no Legislative Confraternity can deny them access to their Resources of Appraisal.
The Banks are necessitated by the Financial Regulations Policies because PM Theresa Maycould face Imprisonment for her unjust Protocols. The Conservative Party Ruling Government ordered the Banks and their Management’s monstrosity against illegal activities on Commonwealth Citizens Money seizure, at this junction the Banks illegality must be stopped. 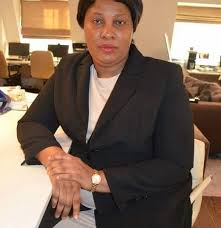