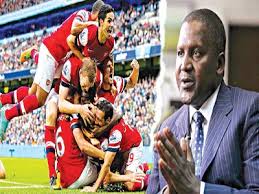 “Alhaji Aliko Dangote is a deep thinker who knows how, when and exactly where to invest his hard earned money, to be in the billionaire club as Africans number one for years now is not a joke, he must be globally revered”-Best Selling African wordsmith, and a Dangote aficionado,-Mike Cerutt Osagie

A very close and competent source close to Africans richest man, Alhaji Aliko Dangote last night postulated to CERUMEDIA parent company, www.worldindustryleaders.blogspot.com that the Dangote Group President is in very happy mood now over the sudden winning and ruthless form of his favorite team Arsenal
Only last week, THE GUNNERS 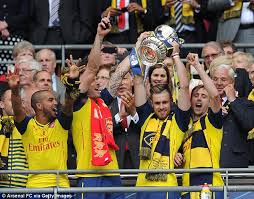 shock book makers by trashing Chelsea 3-0 and completed in the week with another 2-0 CHAMPIONS league victory, making their fans worldwide go gaga and wonder, is this the year of victory after the feat of the “INVISIBLE “led by PATRICK Vera 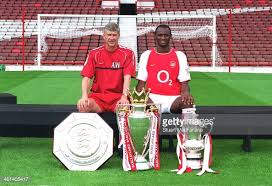 Dangote’s new happy mood over Gunners new form is coming few days after astute tycoon spoke of his dream to buy the club over. The Africa’s richest man, confessed his desire to buy London-based Arsenal soccer team within four years. 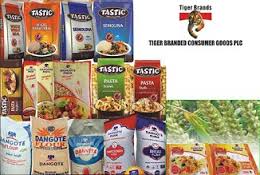 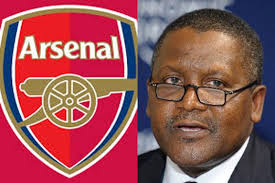 Dangote, a Nigerian worth $10.8 billion, according to the Bloomberg Billionaires Index announced his intention to buy the club last year. He said he needs to wait for his business prospects to improve and his investments in gas pipelines and an oil refinery to play out before making the acquisition. 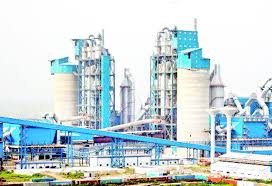 “There’s no doubt” I ‘ ’ll buy Arsenal and “it’s not a problem” of money, Dangote said in an interview with Bloomberg Television in New York LAST week.. “Maybe three to four years. The issue is that we have more challenging headwinds. I need to get those out the way first and start having tailwinds. 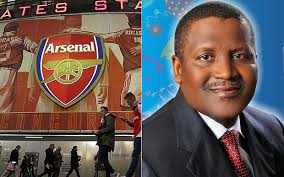 Then I’ll focus on this.”
Bottom of Form
Top of Form
Bottom of Form
Dangote, an Arsenal fan, has lost $4.5 billion this year, the third most of anyone globally, due mainly to the depreciation of Nigeria’s currency, the billionaires index shows. The bulk of his wealth is tied up in Lagos-based Dangote Cement Plc, whose stock is down 19 percent in the past two years. An acquisition would make him the first sub-Saharan African owner of a team in England’s Premier League. 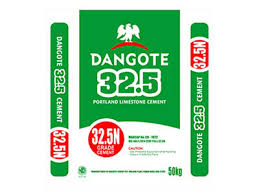 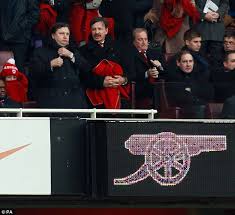 While Arsenal has won 13 top flight league titles in England, making it one of the country’s most successful sides, its last was in 2004.
TO Dangote, we say dream on, for dreamers are winners