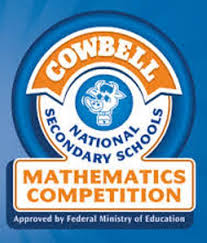 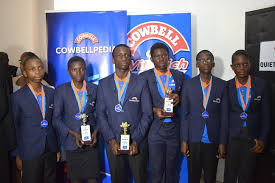 The highly competitive, yet equally rewarding Annual Cowbellpedia, the national mathematics competition  being sponsored solely by Promasidor Ltd has finally reached its semi final stage, where a total of 36 mathematics whiz-kids student are currently slugging it out to decide who wins the prestigious first prize of One Million Naira(N1Milllion)
The competition, which initially had a massive nationwide mathematics student numbering up to 54.000 but eventually screened to 108,000 all selected to take part in the preliminaries stage, which ended not so long ago

It was from that 108.000 number that the lucky 36 student in the semi-finals now found themselves today, out of which only 12 student’s mathematicians are expected to make it to the grand finale
A  top official of PROMASIDOR, the brand producers of Cowbell, the event sponsors confided  that the massive turn out and attention the Cowbellpedia is attracting is nothing but impressive a most impressive
“It is unbelievable yet true that in this completion that we now have 36 students participating in the current semi final stage, it initially had a record of over 50.000 students drawn from the Entrance Examination card used by NECO Exam board, and from that long list we were able to purge it to 108 ore-elementary stage out of which as of   today now have 36 students 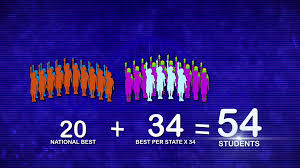 “through the benefit of hindsight,  we can confidently  say that these student are in this completion not just for the 1milion NAIRA prize tag, we see burning desire to succeed in these student who are the future leaders, scientist, inventors etc of the next generation.
“We can categorically say that these students are all in this completion not just for money but to show that they are very passionate about the subject mathematics, which is a very welcome development because in the days of yore many students run and shy away from mathematics, but the Cowbelpedia completion has brought back love and enthusiasm to the hitherto dreaded subject, and many are now seeing it as fun subject to stick to, rather than shy from

*@ G. Ceruti Group our works are beyond image making or pay as you go. Com.. We write and speak to touch and change lives using successful global brands as case study
To reach us or get motivated via our pen or books call our business line 24/7 now.. +234 8110050567
E:youngchief@yahoo.com