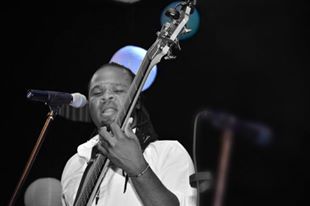 Today’s youths and even the older generation must continue to learn from the  iconic late Dr High Chief Nelson R.MANDELA, unarguably the biggest human brand of the last  millennium and probably the most successful and most admired man of his era
Why was MANDELA revered? Simple, he was imprisoned for good 27 years in the process of tryig to secure independence for his nation, and freedom from apartheid enclave South Africa –a feat that was eventually achieved by tenacity and saw Mandela coming from prison to be President
What a feat?
Today many are now using such template to  get their dreams come  true, with the Mandela secret formula, part of which was his readiness to  go the extra mile to accomplish a worthy cause ,it shows that if we do more than they world expect of us a bigget reward await us in front
In today’s showbiz world, the market is spinning millions on daily bases, yet only few who work extremely hard and position themselves well can be part of the jumbo cum big money spinning market
And that is where a talented Nigerian born jazz bassist and musician Olamide Timothy who started music at a very early stage as a choir boy where he would cry to play all sort of hand percussion available is heading
He quickly learnt himself how to play many of these handy instruments to ensure his space among the instrumentalists in the choir. He began to perform as a teenager at ceremonies, parties and churches where he was exposed to different kinds of music that was popular then in Nigeria from such great artists as King Sunny Ade, Ebenezer Obey, Fela Kuti, Haruna Ishola, Orlando Julius, amongst others. All these musicians will later influence his musical compositions and thoughts. As a child his father played a lot of Lps from

different kinds of music around the world and his interest in music was clearly shown even as a child that he would hum some melodies from albums so accurate as it's being played. He later became a drummer where he performed and recorded with a lot of known Nigerian and international artists. Ola! As popularly called, would learn any instrument just by looking at how it's being played then after which he would try his hands on it. He started learning the bass in the same manner but took it even more seriously after listening to Richard Bona's album, scenes from my life. He continued to get better on it daily as he would sit for hours to figure out everything on that album. He was later influenced by a lot of all other jazz bassists around the world including the greats as Jaco Pastorius, Marcus Miller, John Patittucci, Christian McBride, Stanley Clarke etc... It was through listening to this greats that drew his attention more into Jazz music and got to know such great musicians as Miles Davies, Bill Evans, Eddie Gomez, Paul Chambers, Ray Brown, Herbie Hancock,Clifford Brown, Wayne Shorter, Joe Zawinul amongst others. He switched after two years from engineering and statistics to study music at the university as it seems music was more powerful and dominant in his life. He also attended the Muson diploma school of music where he learned properly the ethics of western classical music under the tutelage of Karen Patterson with his major on the upright bass and performed for several years in the Muson symphony orchestra and also gave recitals on the double bass. He got a scholarship from the prestigious Berklee College of Music Boston Massachusetts United States after finishing from MUSON in 2010 but couldn't see to the end of this as a result of fund. He took professional exams in Music theory up to grade 8 , diploma and licentiate in performance from the Associated Board of the Schools of Music (ABRSM) and Guildhall Trinity London. Olamide has performed, produced and recorded with great musicians such as Earl Klugh, Jimmy Dludlu, Ntsiki, Steve Rhodes Orchestra, Chinaza, Biodun Batik, Orlando Julius, Karen Patterson, Nerak Patterson, amongst others. He was the conductor and music director of the Limpopo Youth Orchestra, South Africa where he's currently working as an instructor, performing with his group and several great musicians. Ola's music is known to infuse African idioms mostly influenced by other jazz genres to create a whole new style that touches multiple audience across the globe. He just released his debut album Ti' Bami Se .. aka ..My Music Soul Journey. The album which is a result of compositions influenced by songs Ola heard while growing up mostly and those that has thought him life lessons both as a musician and what life is all about. He chose to sing in his Yoruba dialect as to be able to convince and affirm the messages of each song as inspired. This album features great musicians including Micheal Oloyede-Drums, Victor Odetunde- Piano and Keyboards, Segun Atoyebi- saxophones, Philip Uwuagwu- Guitar, Wura Samba- Percussions and a chamber orchestra from the Muson Symphony Orchestra. TI' BAMI SE ENIKENI OPE IRE Each music from his album has a story behind it examples includes. TI' BAMI SE/ It's about what God can do beyond man's imagination and encouraging people to hope in God always. ENIKENI/ It's the Yoruba folk song that tells the story of helping others that one is capable of helping as we are replicates of each other. OPE/ It's a thanksgiving song to express gratitude at every point in life. IRE/ It's a song that defines goodness and also calls for all who want or wish for good things in life. It's an eleven track album in total and all in different genres but categorized under Jazz and world music 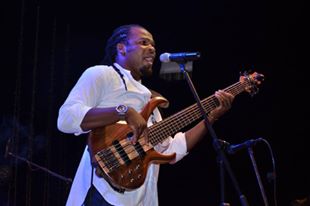