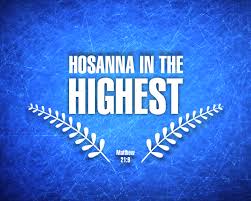 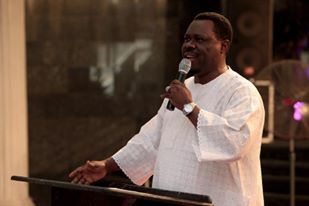 It is now common trend for many people to now dwell on intense negativity as a result of the current trend in town where many now lament over the new CHANGE levels we are facing in terms of the current recession
But in a swift reaction last night, the Victorious Army Ministries International, founder and man of liberation, Apostle Joseph Dominic Agboli has warned against people dwelling in negativity, and thus undermining their destiny by God
Hear him last night “When you grumble and complain, you are releasing the evil power of dominance over good, to get your destiny going, you must watch what you say at all time, for even in the midst of the so called recession cum CHANGE, people are still making their millions in legitimate business dealings and many moving from poverty to prosperity, just like a destiny child moving from Liberia to America, we must watch our words” he divulged
·        YOU  CAN  CATCH AGBOLI LIVE FOR MORE OF SUCH POSITIVE MINDED ADVICE 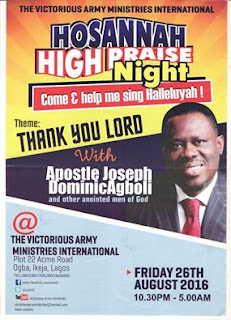