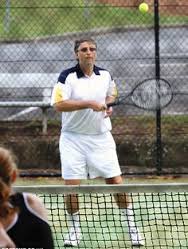 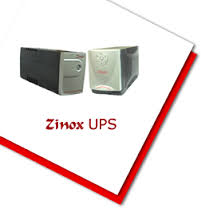 They are not only extremely rich, powerfully established and world famous, they form the core of world’s great business men and for sure how they unwind and what they get from it will no doubt inspire you
Definitely, the sayings that all work and no play is a saying that globally has  been tested and trusted to me than just ordinary gold, it is a true talk on marble and it pure fact for working round the clock without time to energize or unwind can lead to sever breakdown
Legendary success people writer, Rachel Gillet was point blank right in this view that “The most successful people know that there is more to life than simply eating, sleeping and working, everyone needs to enjoy some downtown every now and then and making the most of your free time by taking a hobby or two can even help to make you more successful, playing a musical instrument for example can stimulate your creativity, analytical skills, among others. Please read on to see how few of today’s top global players unwind
·        RICHARD BRANSON UNWINDS WITH CHESS GAME

The Virgin Group founder is well known for his adventurous side of life, but perhaps his favorite side is far more a mental activity, says he “ I think chess may just be the best game in the world, for it combines tactics, planning, bravery and risk taking” Says Branson who is reported to have played thousands of game in his lifetime, majority of which are with his family
·        JACK DORSEY ,THE TWEETER FOUNDER LOVES HIKING
Can the force who first founded Twitter be said to be a small fry? Surely this is work of genius, today the Twitter and Square co founder is  saying it loud and clear that to get his trade and work going, he religiously gives  each day a theme and this move allows him to quickly recall and refocus on the day’s task once distractions were out of the way, Dorsey said he will hit the road when he gets a free time or all weekends to the art of hiking
·        BILL GATES , THE BRIDGE PLAYER

A lot has been written over the years on world richest mortal Bill GATES, perhaps only few knows he enjoys to unwind like all mortals.  Gates has few hobbies that he often label as “Old fashioned” and the billionaire is an avid bridge player who also loves playing tennis and considers spending time with his wife and kids as perhaps his next favorite pastime
·        GEORGE W. BUSH 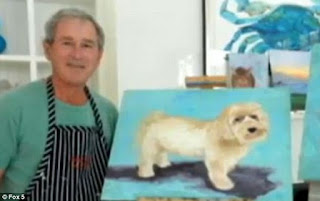 One of worlds former most revered presidents, it turns out that the former  US President is also a prolific painter, he loves the painting art so must and any spare time he gets he  enjoys the hobby, which he took shortly after leaving office in 2009
·        WARREN BUFFET,THE CZAR OF UKULELE
Warrant Buffet is the king of stock and financial philosophies (emphasis mine) the world second richest man and the Backshire Halfway CEO’s love for ukulele is running into decades now and he often uses his musical talent for good and has donated instruments and lessons to children’s club in amount running into millions and has given performances to various charity homes globally
·        MARISSA MAYER, THE YAHOO LADY LOVES BAKING
Marissa Mayer is the very rich lady behind Yahoo, ever so busy, yet she still got time to unwind, in her words, she reveals that baking is her first love and that she’s always loved baking
“My hobbies and love for baking always makes me better at work “she confessed “They help me come up with new and innovative ways of looking at things and doing big business easily”

·        TOM HANKS’S LOVE FOR VINTAGE MACHINES
Tom HANKS is the globally respected actor and award winning foil maker, he has a strange passion, he collects’ vintage, near dilapidated typewriters globally and pile them up is  his mansion, this he has been doing since in the 1978 , long before becoming a world famous brand

·        STEVE WOZANIAK ADDICTION FOR POLO
Much has been said of Steve Wozniak workaholic nature, almost going round the clock working, yet he is human, he still unwinds.
Steve, who is  co-founder of respected brand, Apple is self confessed addict to the prestigious game of polo, he love the game, he cherish his horses and beyond that, he love the intelligence and  sharpness playing the  game of kings brings to his work psyche  and today he is name sake of one of the sports major world tournament, Woz Challenge Cup, the world cup of Segway polo and he once confessed that “ Segway polo is the one and only thing I will block off my calendar for
·        ANGELINA JOLIE AND WEAPONS 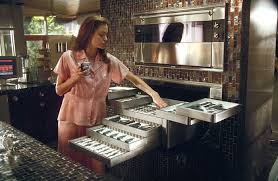 What a strange passion?  Yet that is why it is called a passion, it is mark of individual, choice. For pretty brand, Angelina Jolie collecting knives is her vice and she has been collecting such with her family for ages
Her mum first introduced her into daggers when she was a kid, and today she has passed this hobby on her son, Maddox, she confessed that the knife blades she gives him are dulled so he can’t hurt himself, and that their dagger purchases are always accompanied by discussions about ills of  violence