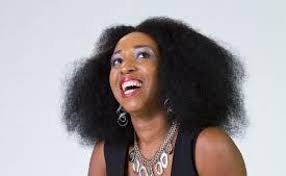 An old global saying has it that the greatest form of education is the constant art of travelling, for travelling gives you confidence and wild range of experience in life
Many have left their home to other part of the world to seek and find fortune; in essence movement from one place to another is part of script of life
History books once told us the story of Stuart Austin Weir in Dallas, USA, a construction engineer by profession who was already 40 years old when he discovered that his line of work did not give him the income he required. 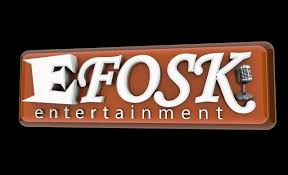 He took inventory of himself and decided to change his profession to law. He went back to school and took special courses by which he prepared himself as corporate lawyer, he completed his training, also passed the bar examination and went on to build a lucrative law practice
He is not alone when story is told of people who moved from one place and found fortune in another place, take the example of Dr Kofi Anam, he began as poor small boy in little village in Ghana, but he; left his country and ended up as a global citizen and before he quit United NATIONS office, he was the number one man in the gigantic UN House
Only last week, we saw another returnee who  has been in America for many years,  but decided it is time to return home to seek her share in the Country’s music and entertainment world, here we are talking of the American based insurance lady, Monica Omorodion Swaida, whose passion is music

In a world press conference(West Africa EDITION) held at Femina by Lagos Television    Monica, aka MONICAZATION, took time to speak to the mass media and explained few reason she is at home after all these years
After her citation was read at the event, by the author of her first book, Chief  Mike Cerutti Osagie, tagged “MONICA: BORN IN AFRICA; RE-BIRTH IN AMERICA”, the insurance guru took time to speak on few vital issue 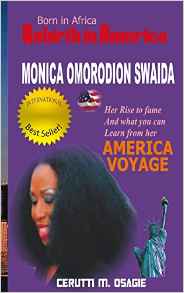 WORLD INDUSTRY LEADERS BLOG, in attendance, at the event tagged “MY MUSIC AND I “report few key point by the MONICAZATION act, who  decided to travel out of Nigeria to further her education and graduated with a post graduate degree in Both Boston University and university of Massachusetts . While at the University of Massachusetts, she led her group in African cultural dances and singing. She recently returned back to her former university to do more drama celebrating Charles Dickens 200 year’s celebrations. Oliver Twist in  Nigeria.
·        ON HER LOVE FOR MUSIC
“I was born into music, music is my life, as kid music is all I knew and loves, and I started writing poems and music while I was not yet a teenager. While in Nana Primary school Warri, I was writing songs with her younger sister. We used to sing and rap even before she knew anything about rapping! I was always in anything that represented showbiz. I first fell in love with drama while in Hussey College Warri and I joined a theater group Called Silver Line Productions with Felix okwelum as the theatre director in Warri. I acted on stage doing dramatic poetry like Abiku etc, so you see music is my life
·        ON HOW SHE  MIX MUSIC AND HER CAREER

“I have a natural talent to multi task, multitasking is my gift from God, as woman I do a lot of things at same time and try to do it well to the best of my ability,, so to the issue how I combine my insurance business with music, I can tell you, Insurance give the big money, music is my love and passion and my networking business help me relax by traveling round the world
·        ON THE TARGET AUDIENCE OF HER MUSIC
“I never loved to put age group to my music, I see my music as free flow, I sing for the old and for the young, but if you say I sing for the early teens to the older generation like my father, I will not disagree with you
·        ON WHY SHE IS ASPIRING RETURN HOME 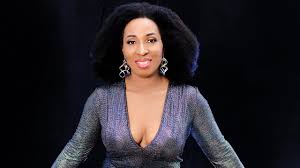 “I HAVE BEEN IN America so long, but I still see myself more as Nigerian than an American, I call myself typical waffi, Nigerian girl, I love it here, east, north, south or wherever, home is home, so it is only natural that I want to return home and make my music very popular here, that is my desire for I love my country, Nigeria
·        ON SEX SCANDAL OR OVERTURES FROM PRODUCERS AND RECORD LABEL OWNERS
“I am  not  scared of any of   such things called sex scandals, I know who I am and where am coming from, am not push over, am not desperate. I have two masters degree in America, I have good job and my own company, so I am not desperate for any producer to want to take me  granted, it will be  scandal free Monicazation, so I want assure all that decency will b second name of my  time in my home, Nigeria 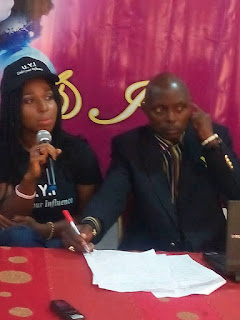