Dr Phil Osagie, one of Africa’s front line Public Relations doyens has over the years built a reputation as a consummate communications player
Though a born and trained writer, his passion, as he once confessed is in  the art of writing big business proposals, he makes no fuse about it “Proposal writing is my calling “he once said over a lunch date with yours truly
But then, make no mistake, in his spare time, apart from reading the Holy Bible, playing some amateur golf, winning souls for God or  VISITING some  lakeside / resorts with his adorable wife, he also love to write on other topics
In this exclusive report made available to CERUTTI MEDIA GROUP (CMG)
/WORLD INDUSTRY LEADERS BLOG SITES  Dr Phil bares his mind on the current situation on ground. Please take careful note as you enjoy this piece

*4 PR Lessons from Trump & Britain’s Exit Vote from Euro
The polls and the media can fool you! There are valuable PR lessons to learn from the The Brexit NO vote, the Trump surprise and many more!
As the saying goes, the bigger they come, the harder, they fall! The decision by the people of Great Britain to leave the Euro is still sending shock waves around the world. The 400 wealthiest people in the world lost over $200 billion in two days and global markets recorded a paper loss of over $3 Trillion.
It was not only a shocker for the financial markets, it was also a ‘coup’ against the political establishment. Despite a well oiled communications campaign led by the UK Prime Minister himself, David Cameron backed by respected business leaders, academicians and media owners, the public voted against remaining in Europe.
The closest comparison to this, was the emergence earlier in the year of Donald Trump as the US Presidential flag bearer for the Republican Party, despite ridicule by the media and orchestrated criticism by his fellow Republicans. At the start of the campaign, one major global magazine title, boasted about restricting coverage of Donald Trump’s campaign to the entertainment section! The publication has since stayed silent.
In far away Nigeria last year, the sitting President, Goodluck Jonathan lost the Presidential election to the clear underdog, General Buhari, despite a formidable war chest and complete domination of both the traditional and social media.
There are several public relations and communications lessons to learn from the Brexit saga and other convention defying outcomes around the world.

1. PR Lesson 1- Never under estimate the power of populist sentiments. In the Brexit case, the opposition to staying in Europe was largely based on sentiments and national pride. The pro Euro camp saw this, but they grossly under estimated the strength of the anti establishment stand of the U.K. public.
As Jamie White commented : “It’s not difficult to see how the disconnect between the Remain and Leave forces developed: the unemployed 50-year-old woman in Birmingham had certainly not seen her fortunes increase the way the lawyer in London had. The prosperity the elites toasted seemed a far cry from the struggle of the working class in Cardiff. All three major political parties, the Bank of England, countless businesses, foreign leaders and celebrities cajoled, scolded and threatened voters — only for their words to go unheeded, with 52 per cent of Britons voting to leave the EU.”
Brexit Shocked David Cameron
2. Don’t be carried away by the media- the media can easily fool politicians and communications practitioners. It is a truism that the media generally reflects the mood of the populace. But then, there is an increasing correlation between resources and perception. Those with greater resources tend to have a louder media voice. The power of the golden rule is reversed on its head- he who has the gold makes the rules! But it doesn’t always work out this way.
So it will pay leaders and PR people to know that the media can raise you today and bury you tomorrow! And the polls may fool you into counting your chickens before they are hatched! 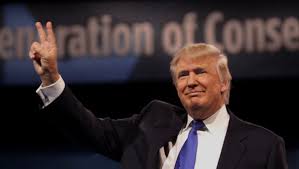 3. Always remember the David vs Goliath rule. In a David vs Goliath scenario, the weight of public opinion tends to swing towards the underdog and the seemingly smaller David. No matter how perfectly you package your communications and irrespective the size of your advertising and communications budget, the public will swing rewards the underdog.
The key to communications success in this case is to pitch your message in the tone that resonates with the emotions. Facts and statistics are great. But they are not enough. As Kevin Robbins noted in one of his sermons, “The longest journey is between the head and the heart!”
4. Life goes on. Regardless of the tsunami effect of Brexit, the trillions of dollars lost, the Prime Minister losing his job, life goes on. “In three words, I can sum up everything I have learned about life: It goes on.” (Robert Frost).
PR people should learn this life lesson. Your best campaign should be the next one! 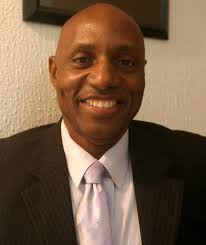