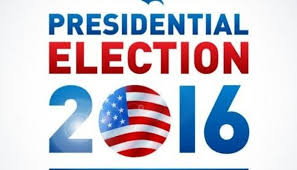 GREENSBORO, N.C. — Hours after President Obama condemned his “dangerous” rhetoric on Muslims and immigrants, Donald Trump mocked Obama as a “weak” president who is more upset with him than with the accused killer behind Sunday’s deadly massacre in Orlando.
“I watched President Obama today, and he was more angry at me than he was at the shooter,” Trump said, referring to Omar Mateen, the Florida security guard accused of shooting 100 people, 49 of them fatally, at the Pulse nightclub in Orlando. “The level of anger: that’s the kind of anger he should have for the shooter and these killers who shouldn’t be here.” 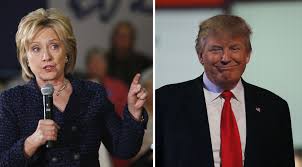 Speaking to a crowd of a few thousand people at his first public rally since the shootings, the presumptive Republican presidential nominee said the United States was being led by “weak, ineffective people” and warned that attacks like the one in Orlando would happen again if the country does not take steps to close the borders to what he described as potential terrorists.
“We don’t know who they are, where they are coming from,” Trump said. “What a mess we have.”
Echoing the remarks he delivered on national security on Monday, Trump warned of potential “repercussions” if the United States didn’t begin to crack down on “radical Islam.” And he again accused Hillary Clinton, his likely Democratic opponent, of hypocrisy, for being friendly to countries with Islamic regimes that crack down on women and the LGBT community.
Offering no specifics, the New York real estate mogul told supporters in Greensboro that Clinton had taken more than $25 million “from certain countries… that treat women horrendously, that kill gays.” “Let’s call for Hillary and Bill Clinton to give back the $25-plus million to the countries we are talking about,” Trump declared, as the crowd cheered. 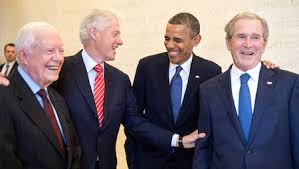 It was an unusual perspective for Trump, as he took on Clinton and cast himself as a champion of lesbian, gay, bisexual and transgender voters. North Carolina has come under fire for a controversial law that bars transgender people from using public restrooms that don’t match the gender on their birth certificates. Trump did not mention the law, which he has publicly criticized.
Invoking Mateen’s status as the child of Afghan immigrants, Trump called for more controls to protect the country from immigrants with radical views. “We want to live in a country where gay and lesbian Americans and all Americans are safe from radical Islam,” he said.
Although he called out Obama and Clinton specifically, Trump has faced condemnation from across the political spectrum for his proposal to ban Muslims from entering the country and for other inflammatory language he has used about immigrants. Republican leaders have publicly urged him to temper his public post CVure on the subject, but Trump signaled yet again that he would not bow to his critics, warning that the attack in Orlando proved that “political correctness is deadly.” 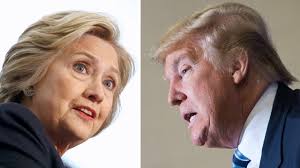