Class, new levels and high class innovation are some of the package that was experienced last night when the management of  Startimes, Nigeria announced to the world the new deal from their stable 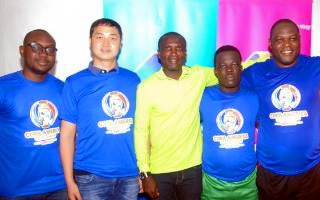 Staged at the up market Lekki phase 1 based FUN FACTORY TURK, the event aimed to announce specially STARTIMES recently acquired exclusive right to broadcast the COPA AMERICICA, was most unique and unprecedented as the company officials and a select list of gentlemen of Fourth  Estate  of real took  to the pitch to play  a thirty munities of 5 a side soccer that eventually ended 2 goal a[piece
It was after then and after some sumptuous meal and drinks that the Head of Public Relations of Startimes,MR Israel Bolaji  took to the floor and announced a rare  surprise  that Nigerians  and Africa as a whole stand to enjoy in the  month of June when the prestigious COPA AMERICA takes off
Apart from Startimes offering a grand star prize of  a thousand five hundred pounds  as star prize to lucky ball fans , and  also a VIP trip to a fan to watch live finale, there are also several goodies up for grab, like Television , phones and car bonanza etc 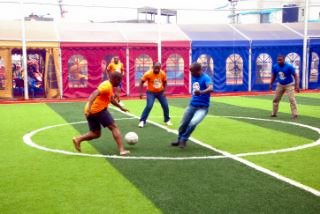 “We have tagged it COPA AMERICA ON STATRTIMES and for just a meager fee to recharge your decoder you are assured of uninterrupted Copa America delight from 3June to 25th June, including the above mention prizes”
No doubt, this brand of press conference is unprecedented in Nigeria and must be given a path on the back