MIKE OMOTOSHO, NEWBREED AFRICAN PHILANTHROPIST SPEAKS ON HIS DRIVE TO ELIMINATE POVERTY AMONG HIS PEOPLE' 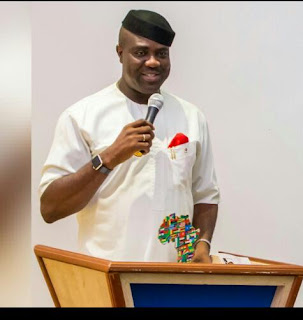 Respected  American  philosopher,  statesmen  and one time President,Benjamin Franklin   once gave a vivid description  of philosophy when he posited  in a quote that  : “Having emerged from the poverty and obscurity in which I was born & bred, to a state of affluence and some degree of reputation in the world, and having gone so far through life with a considerable share of felicity, the conducing means I made use of, which, with the blessing of God, so well succeeded, my posterity may like to know, as they may find some of them suitable to their own situations, and therefore fit to be liberated, our duty is to give hope to the hopeless " 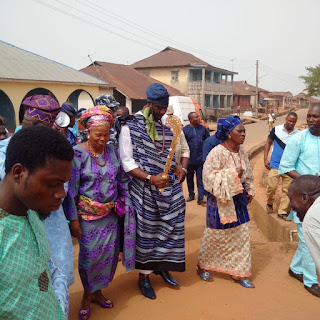 In African visible , philanthropist abound but  surely the  figure cannot  be compared to the number of billionaires that are  found in many parts of the continent .we have many billionaires but not many are  said to be "dangerous givers" ( those who give tirelessly with no condition attached), maybe  as found in an advanced country like  United State of America-where giving big to masses  is a way of life
But even in midst of the scarcity of givers,there are  few notable   ones, worthy  of mention that still abound, and one of such silent donors is Dr Mike Omotosho,the Kwara born pharmacist, business tycoon and philantropist. 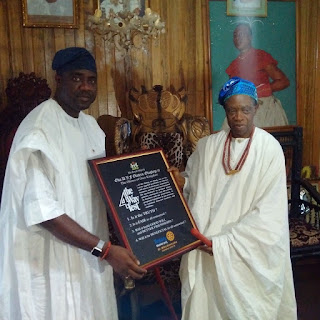 The Harvard trained expert, though fully tutored as pharmacist, has since diversified in to international business tradings and  recently tried  to lead his people   as Governor in the last political dispensation to no avail
‘‘ I was motivated to want to lead my people,because what we have in my state is nothing but abject poverty,many can not feed three times a day,it make s me bleed in my heart, my dream WAS to emancipate them, give them hope and make them happy people, but since my attempts WAS  futile,I have since vowed to spend the rest of my life and Wealth helping the needy, if I can touch one  to two or hundreds of life every now and them I will be a fulfilled man” Dr Omotosho told this writer recently. 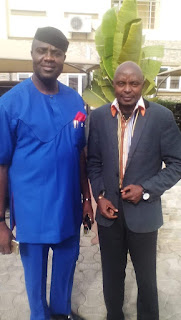