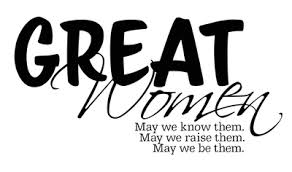 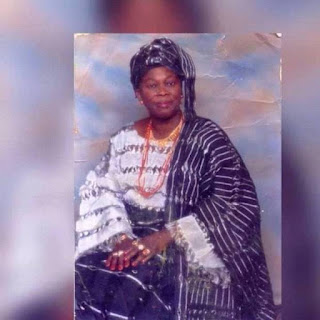 History books is jammed packed with few vital quotes on death worth recounting
·         There are only two ways to live your life.
One is as though nothing is a miracle.
The other is as though everything is a miracle.
Albert Einstein
·         Death - the last sleep? No, it is the final awakening.
Walter Scott
·         The song is ended, but the melody lingers on...
Irving Berlin
·         As a well spent day brings happy sleep,
so life well used brings happy death.
Leonardo DaVinci
·         When you are born, you cry, and the world rejoices.
When you die, you rejoice, and the world cries.
Buddhist Saying 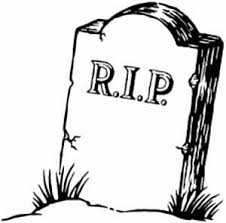 The very recent death that was announced of Ngo Yop Hannatu Chollom, a politician, philanthropist, an elder state woman and a woman leader was no doubt a shocking news to all and sundry. She was a leading woman figure in the political scene on the plateau from early   ‘80s till she breathe her last breath

The dogged fighter for the rights of Nigerian women and a women political leader died at the Jos University Teaching Hospital (JUTH) after a protracted illness on September 26.
Speaking in Jos, the Plateau State capital, on the demise of Ngo Hanatu Chollom, a Berom elder statesman and former member of the Plateau State House of Assembly, Hon. Toma Jang Davou, described the deceased as a Good Samaritan.
He said Hannatu was one of the most courageous and fearless women politicians the country has ever produced, stressing that she was in the forefront of the liberation of Nigerian women and also fought to correct the evils of the society.
Davou stated that Ngo Hannatu Chollom came into political limelight in 1979 when she joined the Nigerian People’s Party (NPP) under the leadership of the late Dalo D. B. Zang, adding that she contested the position of women leader of the party at the Aba Convention and won by a landslide.
He said, “Apart from that, she was a very good politician, helping people to win election even though she did not contest. Ngo Hannatu lived like Ghandi, assisting people to own houses of their own and supporting those who could not afford their marriage bills to get married”.
“Hannatu was a lady of honor and integrity and will be greatly missed by the people of Plateau State and the country in general.”
Davou recalled a campaign they went for in Kano where Ngo Hannatu was given opportunity to speak to the crowd, adding that she held the crowd spellbound and the singular act contributed to the success of Abubakar Rimi at the poll.
Also speaking, Barrister (Mrs) Fauziya Yankat Bala, who is the second child of the deceased, described her late mother as a generous woman and philanthropist, adding that she was loving, caring and always in the forefront of championing the cause of good governance in the state and the country in general.
Her eldest son, Hon Sam Abashie confirmed to us in an interview that the great  fighter Hanatu Cholllom will be comitted to mother earth on friday 16th October 2015 in her hometown, PLATEAU, the home of peace and tourism 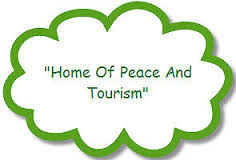 No doubt for Chollom……Your end, which is endless, is as a snowflake dissolving in the pure air.