‘I CAN’’T STAND BEGGING FOR ARMS, I will rather blog than beg"- SAYS ENCOUNTER BLOG PUBLISHER, GBENGA DAN ASABE 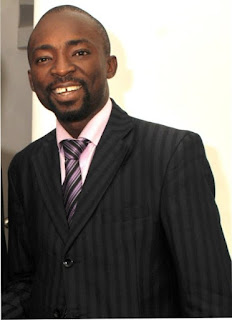 IT is not all the time a wordsmith, seat another wordsmith to talk, but that is what Cerutti Osagie aka Czar of letter did to Gbenga Dan Asabe recently when I asked him why he sees himself as Africa number one encounter king

His revert:’ It was Aremo Olusegun Osoba who echoed my feeling on Tuesday September 15 during the launching if the much awaited Journalism Bible "5O World Editors; Conversation with Journalism Masters on TRENDS and BEST PRACTICES" at the Nigerian Institute of International Affairs (NIIA) that publishers should endeavor to pay journalists as at when due as majority of journalists have turned beggars. He said while real journalists have turned beggars and areas boys, the fake ones have taken over the trade. Now, that was Osoba, a veteran journalist and a seasoned politician talking

‘’I was amazed. With the level of unpaid bag log of salaries that has dogged the media industry with most newspapers owing up to one year of unpaid salary and yet still producing, I have resolved to blog than to beg. Many up and coming newspapers have sent work proposals to me but I tactically turned them down as I know the weather is not good for their take off. I will rater blog than start begging as an employer. At home, there are more to do than going out to an elusive place of work where frustration, scattered focus and lack of direction are the hallmark of work. So, who is Gbenga Dan Asabe? I studied History and International Relations at Lagos State University and I have practices journalism for 18 solid years.

On his work exposure, he pointed with fact:’’ I have worked with newspapers and magazines like FAME, ENVOGUE, HALLMARK, OVATION, NATIONAL MIRROR, BUSINESS HALLMARK, CITY PEOPLE and now publishes www.asabeafrika.blogspot.com. I have interviews over One thousand ordinary and 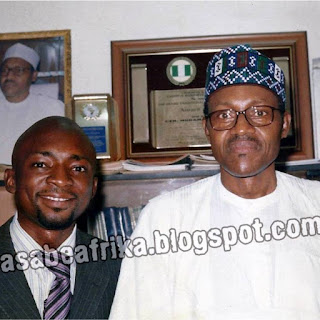 
IS he a globe trotter? Asabe said he will soon be one, for now he said:’’ I have traveled to Ghana severally, Togo and Benin Republic and Freetown in Sierra Leone. I love the spirit of Sierra Leone because the ladies are quite interesting. I was invited through a Diplomatic Invites by newly sworn in President Ernest Bai Koroma to Sierra Leone on Thursday November 14th 2007. I spent a week with Mr. Kunle Hamilton the creator of Gliterrati inside This day Newspaper who put my name down for the visit to Charles Meghai's country. I am a proud African and that is why my blog is called Asabeafrika. 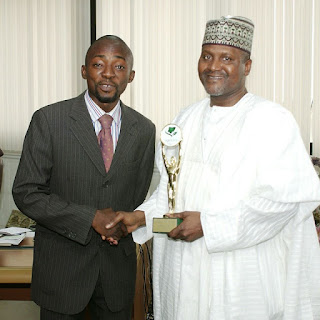