- September 10, 2015
The stage is finally set for the maiden summit expected to further unite the Northern part of Nigeria and the entire Country as a whole.
Tagged: "Building a safe, secure and economically inclusive Northern Nigeria", it is expected to take place at the TRANSCORP Hilton hotel Abuja on 13th and 14th September 2015 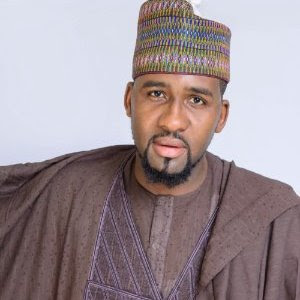 According to one of the key players and directing facilitator of the event, Arch. Baffa Saleh, incidentally a former House of Representatives contender under APC ticket in JIGAWA and also 2015 APC Presidential Campaign Council member (Directorate of Youth Mobilization) - stressed that "the event is not only aimed to benefit the North alone but will also further bond together the unity and progress of the Country as a whole".
Baffa is the Executive Director of the Initiative for Transparency and Accountability (a non-governmental organization that aims to promote transparency and accountability in government) and Deputy Secretary-General of the Northern Reawakening Forum (a non political organization whose objectives are the restoration of peace, stability, core values and economic development of the northern region). 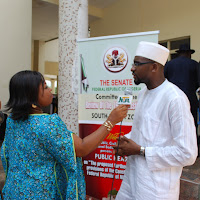 Presently the current Vice Chairman AFFCON Abuja and CEO The burger lounge ltd chain of restaurants, as well as Director Xtra Facilities Services, Baffa confirms that few important dignitaries are to attend the summit, being granted the presence of many Northern Governors, and few internationals speakers included. 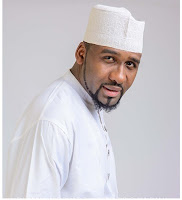 A strong fighter against corruption, the astute politician told CNN ireporter on his view about corruption and it's way out.
Baffa Saleh is a firm believer in the Nigerian dream posited that he sees corruption as a problem that has eaten deep into the societal fabric; found everywhere from the upper class elites to the peasant farmer.
On his recent meeting with Nigerian President, Baffa who with the help of youth mobilization helped elect Nigeria's new president His Excellency Muhammadu Buhari, expressed his support toward the efforts of the President's campaign against corruption. 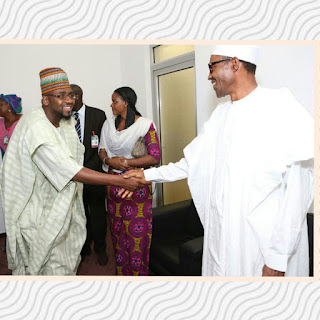 An architect by training, restaurant owner, entrepreneurial consultant, social commentator and activist; Baffa is passionate about eradicating corruption in all areas of the Nigerian society.
He sees corruption as more than just about financial crimes, stating that "It is also in the little things which may be considered unimportant such as breaking traffic rules, jumping queues, or failing to report corrupt activities. It can also be found in instances when a parent goes to talk to a lecturer to help his child secure University admission where the child hasn’t made the right grades. Those are clear examples where corruption takes place without money exchanging hands". 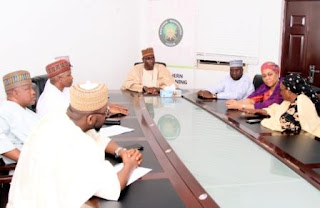 While he and the team of this upcoming Summit were recently visiting the Vice President of Nigeria, Yemi Osinbajo and Senate President
Bukola Saraki , he insisted,"The task of eradicating corruption in Nigeria, is not a job for the Economic and Financial Crimes Commission (EFCC), Independent Corrupt Practices and Other Related Crimes Commission (ICPC) or Code of Conduct Bureau alone. Every Nigerian has to be involved to bring about change in the society."
No doubt the coming summit we see the world hearing and knowing more of Baffa Saleh.