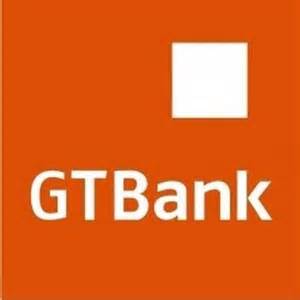 In strengthening the Board of the Foremost Institutional Bank in Nigeria, the Board of Directors of Guaranty Trust Bank Plc has announced the appointment of Haruna Musa as an Executive Director and member of the Board to the Bank. Haruna’s appointment follows a thorough selection process by the Human Resources & Nominations Committee of the Board in line with the Bank’s corporate governance standards and regulatory provisions. He will be responsible for the Bank’s Retail & Commercial banking and Public sector businesses within the North East Division. His appointment to the Board is of significant importance as it would further strengthen the Bank’s targeted growth objectives in the commercial and retail banking sector. With over 17 years wealth of experience in the banking sector, Haruna is set to deliver more to the customer and stakeholders. Having been in the bank for some years,
Haruna Musa has been able to provide leadership and strategic direction for the North East Division of GTBank Plc covering 8 states (i.e. Adamawa, Bauchi, Borno, Gombe, Jigawa, Kano, Taraba and Yobe). Haruna holds a B.A. Agriculture degree from Ahmadu Bello University, Zaria, and a Masters in Business Administration from Bayero University, Kano, as well as Finance and Management from Cranfield University, UK. He began his banking career with United Bank for Africa plc. (UBA), and has worked in other reputable financial institutions, including FSB International Bank plc before joining Guaranty Trust Bank plc in 2001.

Haruna’s experience covers various aspects of banking including banking operations, corporate banking, commercial banking, and compliance and risk management   Prior to his appointment as Executive Director, Mr. Musa was the General Manager in charge of the North East Division. Following his years of experience and sound understanding of financial matters, the Central Bank of Nigeria in compliance with the highest level of corporate governance standards approved Mr. Haruna’s appointment as an Executive Director in Guaranty Trust Bank Plc. Announcing the new appointment, the Group Managing Director/Chief Executive Officer of the bank, Mr. Segun Agbaje stated that: “As a Bank, we maintain high corporate governance standards and ensure that Board appointments are in line with global best practices and industry standards”. He further stated, “Haruna has been an integral part of the Bank’s success and has seen the bank evolve and develop through the years. I am confident that his appointment will further strengthen and position the bank for improved performance“.
Guaranty Trust Bank plc. was established in 1990 and is regarded by Industry watchers as the best run and most ethical financial institution within the Nigerian Financial Services space, due to its bias for world-class corporate governance standards, excellent service quality and innovation. The Bank is one of the few Nigerian financial institutions to have a well-articulated succession plan and this has enabled it seamlessly undertake two management and several board changes since its inception 25 years ago. The Bank operates from over 230 branches within the country and has banking subsidiaries in Kenya, Rwanda, Uganda, Cote D’Ivoire, Gambia, Ghana, Liberia, Sierra Leone and the United Kingdom.