Big time goodies  is what viewers  are now enjoying,courtesy  of  StarTimes  renewed bid to boost sports content for its teeming subscribers.
To this end, StarTimes now screening  the prestigious International Champions Cup live on its digital terrestrial and digital satellite platforms and connect its subscribers with the thrills and excitement of the sporting mundial.
The 2015 International Champions Cup North America which is now on  from 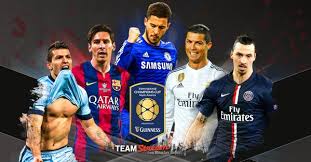 July 11th - August 5th will feature the best clubs in the world competing across 12 regions in Canada, Mexico, England, Italy and the United States.

Manchester United will face Spanish giant, Barcelona, at Levi’s Stadium while English Premier League champion, Chelsea will also face current Spanish League leader Barcelona at FedEx Field in Washington D.C.
Not only are three of the quarter-finalists for the Champions League participating, each team will play four contests and the club with the most points at the end of the tournament will be crowned champion.
In total, 10 teams from around the globe, including England (Manchester United F.C., Chelsea F.C.), Portugal (FC Porto), France (Paris Saint-Germain F.C.), Mexico (Club América), Spain (Barcelona), Italy (ACF Fiorentina) and the United States (San Jose Earthquakes, Los Angeles Galaxy and New York Red Bulls) will compete in the 2015 edition.
Gary Rathbone, Director of Sport at StarTimes said “We are very excited to have exclusive rights to broadcast the International Champions Cup 2015. Football is Africa’s favourite sport and this tournament will certainly be enjoyed by all our subscribers on StarTimes Sport 2 (ST2), StarTimes Sports Premium and other StarTimes sport channels.”
Ends
StarTimes
StarTimes is the leading digital-TV operator in Africa, covering 80% of the continent's population with a massive distribution network of 200 brand halls, 3,000 convenience stores and 5,000 distributors. StarTimes owns a featured content platform, with 320 authorized channels consisting of news, movies, series, sports, entertainment, children's programs, fashion, religion etc. The company's vision is "To enable every African family to afford and enjoy digital TV" StarTimes achieves this by combining satellite and terrestrial DTV systems to provide an open and secure digital wireless platform. The company provides a robust signal transmission service for public and private broadcasters that offers consumers outstanding pay-TV programs, mobile multimedia and wireless Internet connectivity-A  MIKE CERUTTI REPORTING 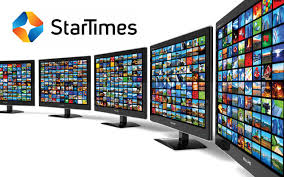