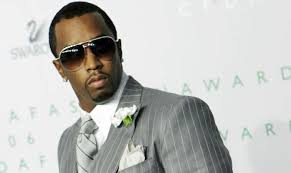 ''The only way to climb the mountain that is known as success is by working''.-PUFF DADDY

Sean John Combs also known by his stage names Puff Daddy, , is an American rapper, record producer, actor, and entrepreneur whose deft touch in the art of music and artist management  has been described a five star plus, who is loved and admired by many around the globe.

Known all over the world with his stage name, Puff Daddy, he is role model to all aspiring music entrepreneur the world over because  of his talent, speed , ambition and absolute management with money when others will easily want to  spend without deifying early gratification
Let us take a look at his magical biz    prowess 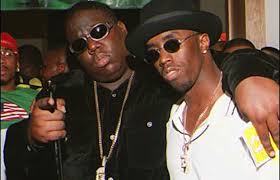 In 1993, Combs started his own production company, Bad Boy Entertainment, working with such upcoming and established rap, hip-hop, and R&B recording artists as Mariah Carey, New Edition, Method Man, Babyface, TLC, Boyz II Men, Lil' Kim, SWV, Aretha Franklin, Mary J. Blige, Faith Evans and Biggie Smalls. In 1996, Combs was named as ASCAP's "Songwriter of the Year." By 1997, Bad Boy Entertainment had sold nearly $100 million in recordings, and made a multimillion-dollar deal with Arista Records for management of the label.

After his friend, Biggie Smalls, was murdered in 1997, Combs recorded the tribute "I'll be Missing You," which topped the Billboard singles chart for eleven weeks and launched Combs's first album, No Way Out (1997), to platinum status. Nielsen SoundScan named No Way Out as the third best-selling LP of 1997, with more than 3.4 million copies sold in the United States.Puff Daddy  released his second album, Forever, in 1999. That same year, his recently launched clothing line, Sean John, debuted in America, and the world at large

Such feat has made a young and fast rising music promoter, artist manger and music entertainment consultant, Prince Sunday Ayodele Olaiya the CEO Of wave making Riddle entertainment  to  name Puff Daddy as the man he ultimately want to emulate

Olaiya, of riddles entertainment, born and brought up in Nigeria, and  into artist management, event planning and promotion have team work with wiz kid,Davido,donnadiva,skales,kc,macore,danny ,ozzybosco  etc etc and have work with the  finest of Nigerian rising stars , and many more upcoming artist in Nigeria,he is also into music consultancy, with eye to  develop talent,radio,TV,internet promotion 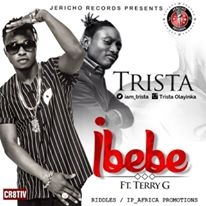 In a chat with CERUTTI MEDIA, he said: ‘’ Am glad to be living my dreams, from my mother womb I have been in love with music and show biz, from primary to my university days at university of  Ado Ekiti I showed passion for music and stage shows even in university bring Lagos act to Ekiti and after my University  days in 2014 I  came to Lagos to carve my own niche  and today because Puff Daddy story motivate me  I NOW HAVE MANY YONG TALENT IN MY STABLE, but the one I am pushing hard is  the young chap called  TRISHA , whose music Ibebe  he did along slide TERRY G will no doubt  cause wave around the globe, and soon to hit own  GENTLE 2G’’

Olaiya was full of nice word for his chairman of JERICHO records, the Lagos business tycoon and night club owner for all his love and passion he has shown to music and wants other millionaires tycoons to show  such love for young artist’’
With the OLA passion, he may sure be on way to emulate some business in show biz acumen of his mentor and role model, the irrepressible Puff DADDY
·         REACH SHOWMAN OLAIYA NOW @ Nigeria hotline: +234760867265,
·         EMAIL: ayodeleriddles@yahoo.com