‘Art school had taught me it was far better to be a flamboyant failure than any kind of benign success’.-Malcolm Mclaren 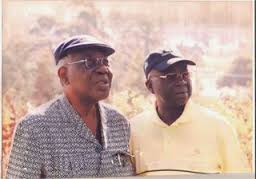 Famous and distinguished Eagle paint chairman, High chief Akin Disu,the Aaresa of Ife among several other  titles, is a top grade legal luminary, business tycoon, philanthropist and  master vintage car connoisseur-many visit his porch G.R.A home just to get inspiration looking at his  massive fleet of vintage /antique cars
He is man that is versed when it comes to talking on any topic, only recently, he obliged CERUTTI MEDIA(INSPIRATIONS MAGAZINE UNIT) an audience when he spoke on power of mentorship and the man who shaped his life to make him who he is today

In his words: ‘ I cannot forget the role  the late Chief Bode Thomas played in shaping my thought to being who I am today. As you  must have heard, Chief Bode Thomas (many Nigerian streets have been named after him) was a  most flamboyant excellent  politician, statesman and traditional aristocrat. A Yoruba tribesman, Thomas served with distinction as both a colonial minister of the Colony and Protectorate of Nigeria and a nobleman and privy counsellor of the historic Oyo clan of Yorubaland at a time when his native country was just beginning the journey to its independence in the 1960s.
‘All my life as a kid, my father had conditioned my mind to be an agriculturalist, he often told me agriculture is what will mold Nigerian future, after my school at CMS I was been prepared to study agricultural science in school
‘  But all that was to change when one day in our school session, Chief Bode Thomas who many of us look up to as role model and mentor, drove to our school, with him being an ex student, he came and the whole school was held in awe
‘ I cannot in my life forget that day, he came in in a sleek PONTIAC with registration number 404 with 2 doors, very sleek and dressed in a flamboyancy 2 button suit like a Hollywood superstar, just seeing  him alone, we all lost concentration, I was in the  group with my best friend, ex head of state Chief Earnest Shonekan,.
‘The car, the look, the class of Bode Thomas moved us all,  and we said Thomas a lawyer? From that day many of us decided to change our line of vocation, me I told myself I have nothing to do with  agriculture, I told myself am not keen on  my fathers wish for me to salvage Nigeria via agriculture, am not savior of Nigeria, I WANT to think of myself and I WANT TO BE LIKE BODE THOMAS
‘And to glory of GOD, after my CMS school, through recommendation of another mentor Chief REMI FANI KAYODE, I was admitted at London university for my LLB, looking back,am happy that just with mere vision, mere imagination  and inspiration from Bode Thomas I OPTED  for law than agriculture, it hurt my dad, but before his dead he was very happy with my progress in business and in law, so our youths today must learn to emulate and  use template of their role models’’ argued Chief Disu 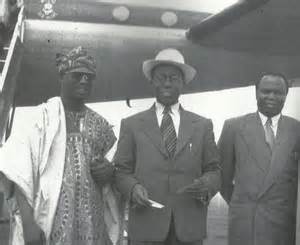 Bode Thomas was born to a wealthy trader in Lagos and attended C.M.S. Grammar School, a missionary school founded by Samuel Ajayi Crowther. After completing his studies, Thomas started work at the Nigerian Railway Corporation. In 1939, he went to London to study law and returned later to establish what became a successful practice in Lagos.[1] In 1948, together with Chief Frederick Rotimi Williams and Chief Remilekun Fani-Kayode he set up the first indigenous Nigerian law firm, called "Thomas, Williams and Kayode".
Thomas was one of the founding members of the Action Group and before his death, was the deputy leader of the political organization. Prior to his membership of the Action Group, he was a successful Lagos lawyer and was a member of the Nigerian Youth Movement. He is credited as the first prominent Nigerian political elite during the colonial era to make strong expositions for regional-based political parties, which, he believed would be equipped with the necessary knowledge to develop their regions while forming a coalition at the center. He was also a leading advocate for the bringing of tribal chiefs and kings into the expanding fold of the Action Group. To this policy, he undoubtedly gave much of his own experience as the Balogun of Oyo—a title he received in 1949.The strategy later proved to be a potent framework for mass mobilization in some towns. Interestingly, the Oloyes Thomas and Awolowo sometimes had rival political thoughts, many of which were never settled before his death. Most of his ideas on regional parties which ended up becoming approximated with the early self-government political structure were never fully reconciled with Awolowo's ideas, which were based on federalism.
Thomas was regarded as a brilliant but very arrogant man who gave a lot of his time mentoring young ones, he spent his millions helping the poor and needy..and for sure, he spent quite a few on himself-looking  class apart from the rest