*Udom: A Story of Favored Man who Rose from Sunday School Teacher to State House 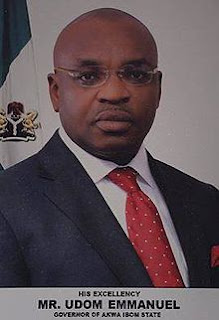 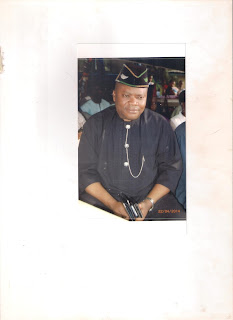 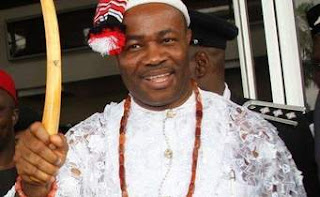 The story of the newly elected Governor of Akwa Ibom State, Mr. Udom Gabriel Emmanuel is a very interesting story, worthy of taking note of
Born   on July 11, 1966 in Awa Iman, a City in Onna  Local Government Area of Akwa Ibom State, Nigeria. He rose from being a Sunday school leader at Qua Iboe church to become a bank director and his greatness is propelled by humility, honesty, prudence and hard work. He means different things to different people. He is a man of goodwill with good works, a man who values others’ plight more than his.
A leader who believes in team work,  a financial manager who can translate a little income to collective fortunes. His work experience reveals that he is an excellent developer. Mr. Udom Emmanuel and his family are strong members of Qua Iboe Church, Nigeria. As devoted Christians, and as a Deacon, they are altogether very active in the faith. This commitment has helped Udom and his family stayed strong and united, while weathering through the storms of life. His father, (Retired) Mr. G. E. Nkanang was an educator, a Head Master and teacher.

Mr. Udom Emmanuel is a corporate strategist and an experienced private sector player. With over 23 years cognate experience in financial services garnered from PricewaterHouseCoopers, Diamond Bank and Zenith Bank, he is authorized by the Financial Services Authority (FSA) to carry-out financial services in the United Kingdom. At Zenith Bank, he was always sent to develop new branches across the globe. His employers knew his capabilities of making a dead stream an ocean. He developed the Zenith Bank in United Kingdom; Zenith Bank – Gambia; Zenith Bank – Sierra Leone; Zenith Insurance; Zenith Pensions and Custodian; Zenith Securities; Zenith Trustees , Zenith Registrars and turned all these positions to the treasure base of the Zenith Bank group. It was his uncommon performance that earned him the position of a director in a Bank that he is never a shareholder.
Now in driver’s seat, he is protégé to ex Governor Godswill Akpabio, but that will not make him to follow all the step created by the ex Governor, for according to Chief Elijah A frontline global security consultant and the President of Akwa Ibom Community, Lagos (AKISCOM) While Akpabio’s goal and drive was infrastructure and more infrastructure all over Akwa Ibom, the new Governor have now towed the line of making industrialization his goal

‘’And I can telling that in just few months of his assumption of office and with less that 100 days in office, we are seeing wonders in the state in terms of how the Governor plans to make the state an industrialized city, our former Governor did his best by giving us several mega infrastructure, now we want to be industrialized and we trust Governor Odom Gabriel Emmanuel to help us deliver the gods intact
The AKISCOM President then used the opportunity of his chat with CNN report man to appeal to the Governor not to turn his back on his Lagos brothers at AKISOM. ‘’He was and is still one of us, he started from Lagos AND he must not forget us, we our new  ultra modem housing project  is already planned out and we will be needing massive financial support to  make the project come alive, we trust the new government to stand by us’’ Chief Ifot stated
A PASSION FOR COMMUNITY SERVICE
Chief Ifot did not only speak on the task before the new Akwa Ibom Governor , he spoke about his other life passion which is community service and why he is so committed to service
‘Yes, community service is my life, and I have spend most my time and wealth serving our people, it is not just about money, it is mainly about voluntary work intended to help people in a particular area.
"And my stand is that in life, we must always find opportunities to engage in community service, we must not go into for money sake, just do it and someday in life the people will say thank you in very special way, using me as case study, I never campaigned to be President of my community, my people saw my good works and fought that I must lead them as president, such is my prayer for the general public today, let us just think and act like people like late Mandela and Mother Theresa who just served and served the people ,selflessly with intention to  help people in a sector and   area of life.