TRAITS OF TRULY GREAT PEOPLE: Meet Bolt,Man who never Compromises on Excellence as an Attitude , as brought to you by Zinox

Usain Bolt is one of world’s best all time sportsman, not only in wealth and fame but also in his work ethic. He is perfect role model
He is a perfect example of a man worth emulating, for champions always strive for betterment of their trade, they do not compromise on excellence for to be a champion or to be the best has consequence we dare not be   complacent and settle for the status quo. The old saying, “Good enough never is” is one that rings true over time.
If we are not willing to make improvements along the way, our product or service will die a slow death as the world slowly changes around it. The strategy that will produce the best results is to aim for excellence. Which means to surpass others or to be superior in some respect by doing extra well in a filed. Excellence is a habit that we can learn from. As Aristotle once said…“We are what we repeatedly do. Excellence, then, is not an act, but a habit.”
Now, when it comes to practical excellence and aiming to be best, one man we must learn from is Bolt. Only a few days ago, despite winning a world race, yet he was left unimpressed by his performance as he labored to 200 meters victory at the New York Diamond League meeting on Saturday.
The double Olympic champion and world record holder crossed the line with a time of 20.29 seconds to claim gold ahead of Anguilla's Zharnel Hughes (20.32secs) and his compatriot Julian Forte (20.46). Bolt's close rival Justin Gatlin did not compete.
"I wasn't too happy with the time today but training has been going well and I am looking forward to what the rest of the season has to bring," Bolt, who achieved his first-ever 100m world record at the same Icahn Stadium in 2008, told network .diamondleague.com.

He added: "I'm not happy about my performance today. My turn was horrible, I don't know what happened. My worst turn ever. After I came off the turn, I knew it wasn't going to be fast ... so I pretty much just wanted to get home. I didn't really stress it too much."

THAT is mark of champion, they are never satisfied with average performance, Bolt is perfect example of one to emulate
Some other quotes sum up the idea of excellence…
“Striving for excellence motivates you; striving for perfection is demoralizing”  Harriet Beryl Braiker
“Anyone can be an ACE: Attitude + Commitment = Excellence”
Robert Inman
“Excellence is to do a common thing in an uncommon way.”
Booker T Washington 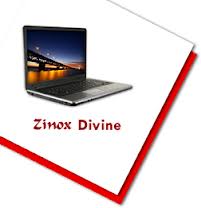