Blonde, Curvaceous, wild, mysterious, provocative and Gorgeous. Those are just few of the adjectives that qualify the enigma that is Miss-K.
Yesterday Miss-K posted a photo of herself on social media demanding fellow Nigerians to Not act violently at the post elections 2015, additionally recalling the violent acts which erupted in the United States during the Selma march in 1965, lead by Dr Martin Luther Kind Jnr. 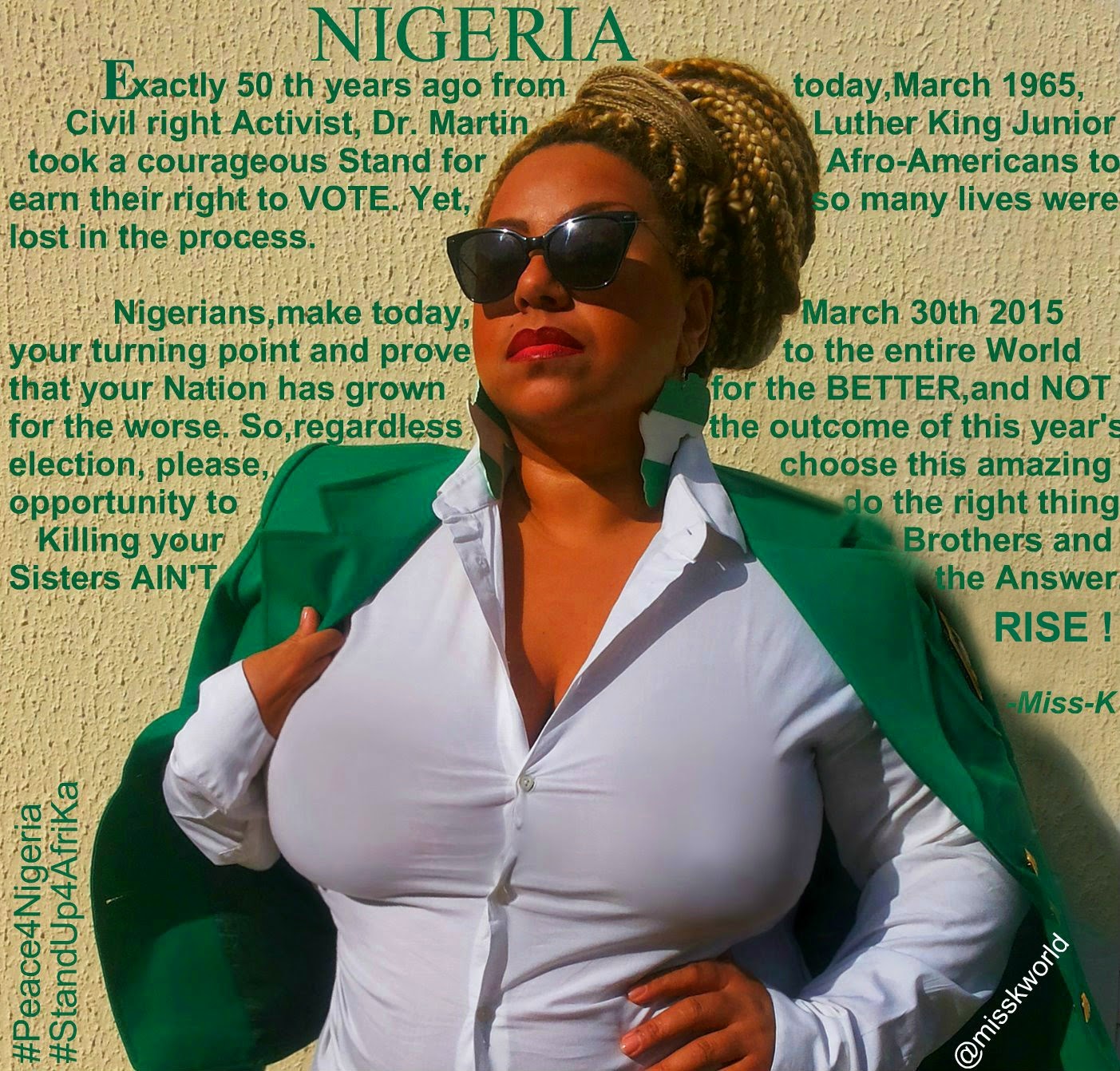 The Afro-Caribbean singer, songwriter & brand ambassador has just returned back to the UK from Africa.She fell under Nigeria's spell earlier this year, where she arrived Lagos incognito, escaping the lenses of the local paparazzi.
She managed to land right on time for New Year Eve, and posted a picture of herself on New Year’s Day, in her bikini, revealing that she was ‘on a secret project’. “This Project is going to change Africa forever"she says. Miss K has been meeting with some Government Official, despite the difficulties due to the up-coming elections, which inspired her enough to write new musical material
So far, she has spent an entire 3 months there, needing to "get away from it all” and concentrate on few up-coming projects, she has in the pipeline.

And it is easy to see why the most controversial and inspiring Afro-Caribbean golden girl would choose such a country to write some of her music.

On her arrival back to the UK, while speaking to freelance reporter Cerutti Mike Osagie, yesterday,for the world Media Giant, CNN, she uttered: “As a musician it is the kind of place in which the creative juices must flow as sweetly as the local palm vine - the elixir that is the lifeblood of this fascinating West African nation Music takes pride of place in Nigeria and nothing quite typifies the country's sheer verve than the sound of Afro beats. This is where you experience African life at its rawest, a place that makes the ice in your rum and coke shake to the beat”. http://ireport.cnn.com/docs/DOC-1229969

It has been more than an entire year since this exotic beauty touched ground with the motherland, reason why she just felt the need to reconnect with the surrounding and has once again made the most of her favorite African spot, so much so that she is has been thinking of perhaps getting an apartment over here. 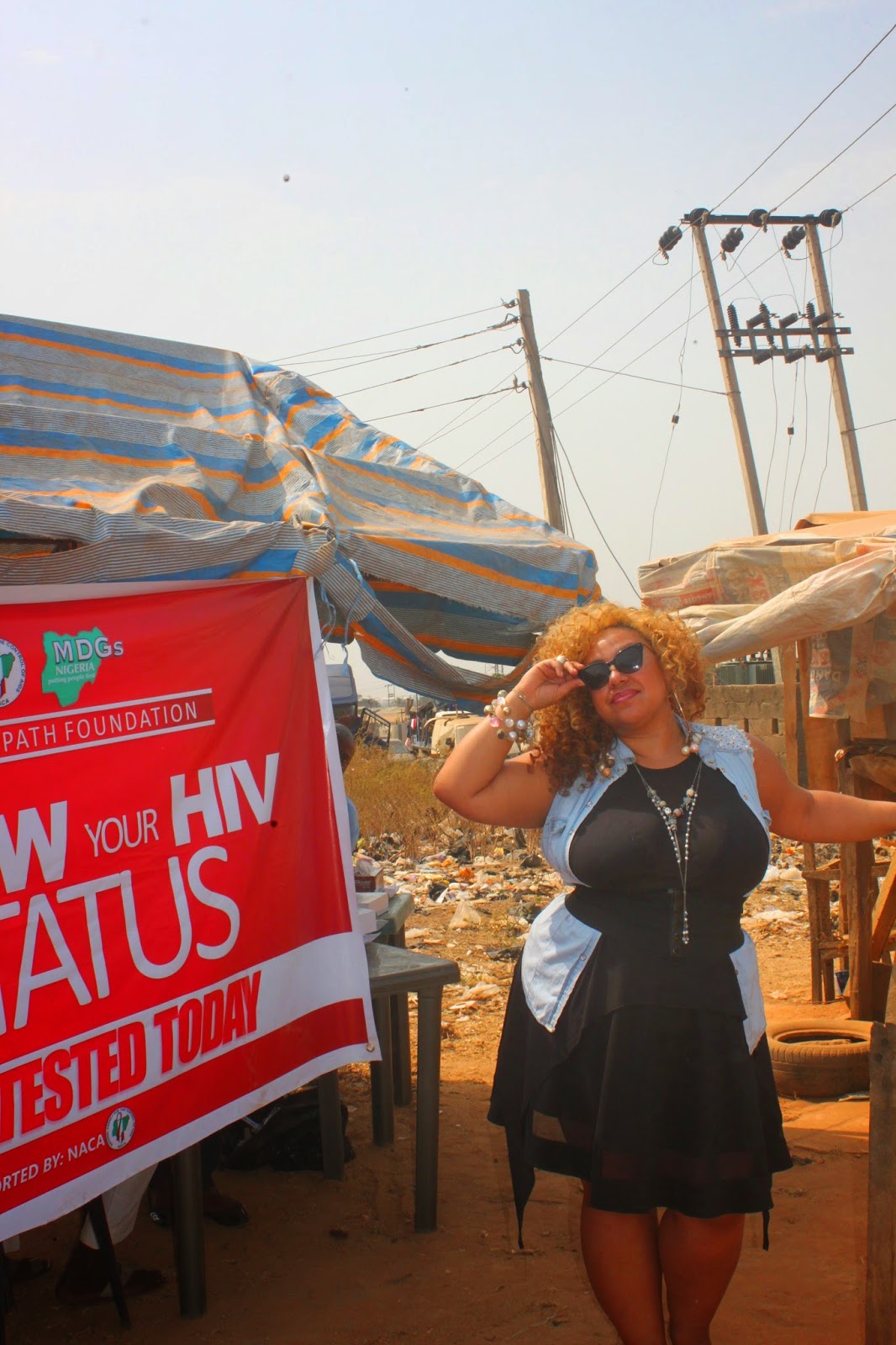 Additionally, Miss-K visited the nation’s capital, Abuja, during the Valentine period where she was officially invited by the National Secretary of the Youth Network of HIV/AIDS in Nigeria, Mr Okpara, to join them on a community HIV & AIDS Outreach Tour to 3 different camps, which took place in partnership with MTV bases Africa’s popular TV Series SUGA, by learning how to test a patient for those diseases & encouraging people to come get tested to know their HIV status, and spreading the love amongst the ones who needed it the most, those who had been tested HIV Positive. 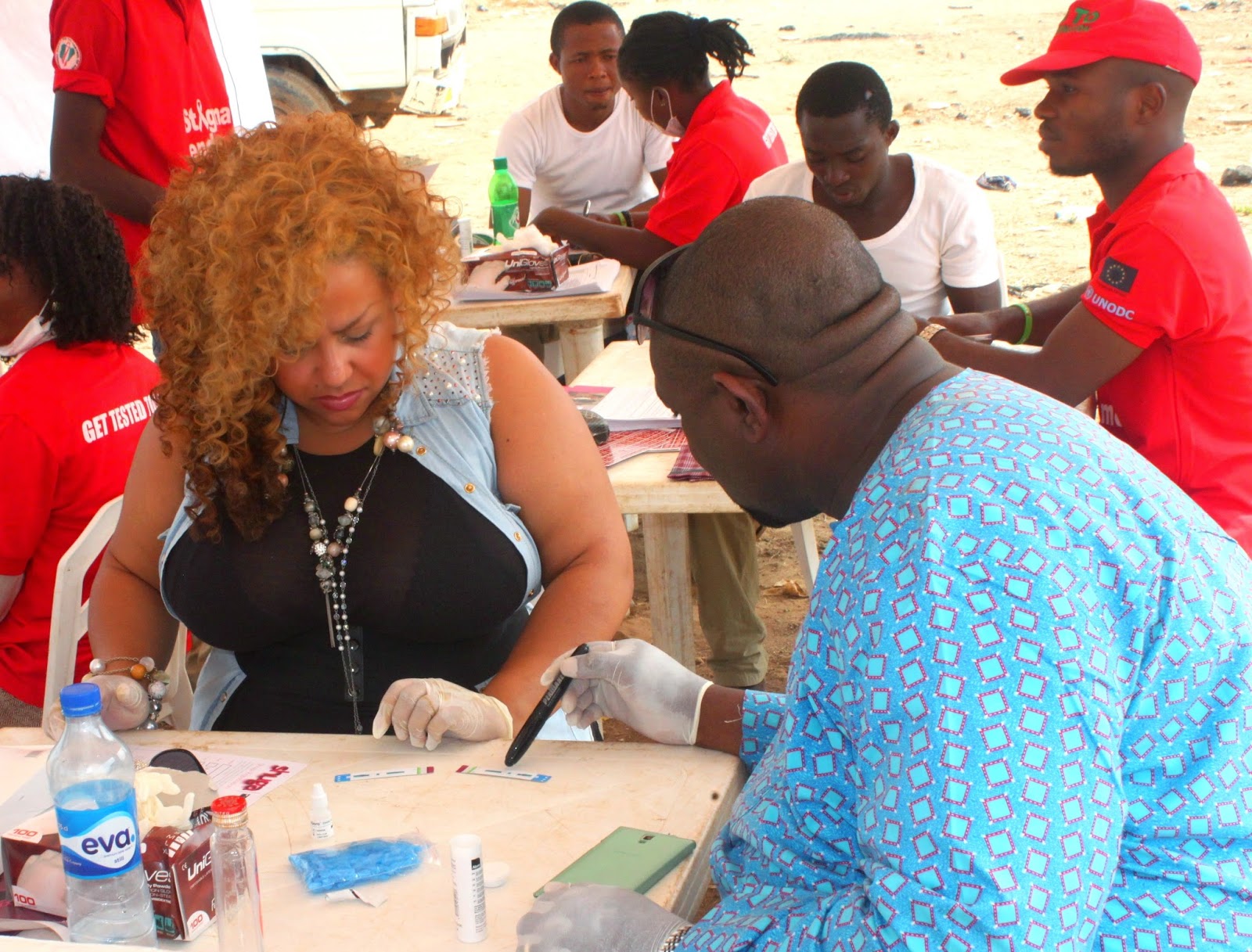 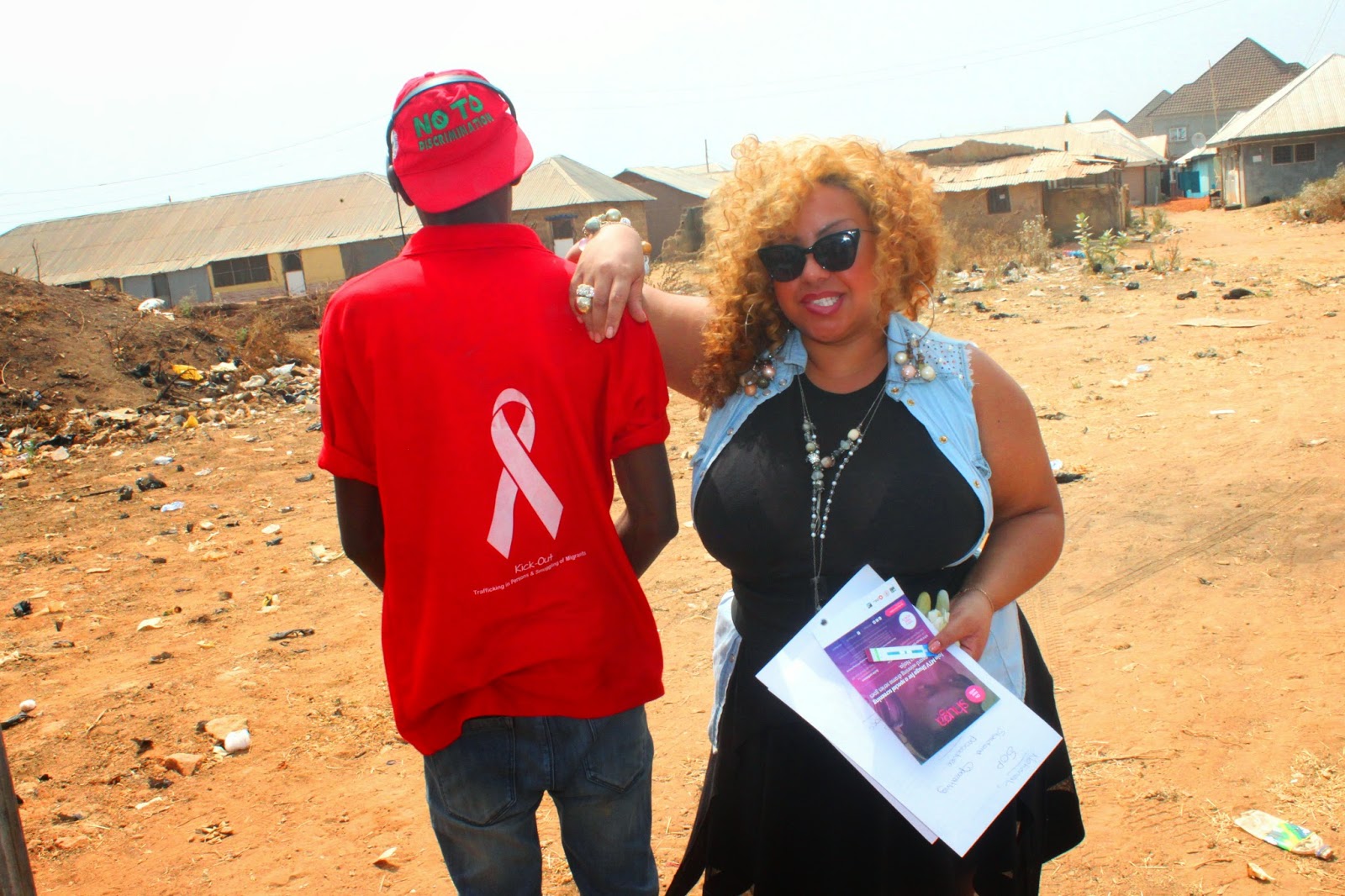 But the Mother Theresa of Africa did not stop there, as on her way back to Lagos, Miss-K also took the time to revisit the renowned Makoko-Village, where she originally shot her previous calendar 2013 with the village’s kids, showing off not only a new hairdo, with braids, but posting another photo on her social media pages, and titled it, “Lagos’s paradise”. 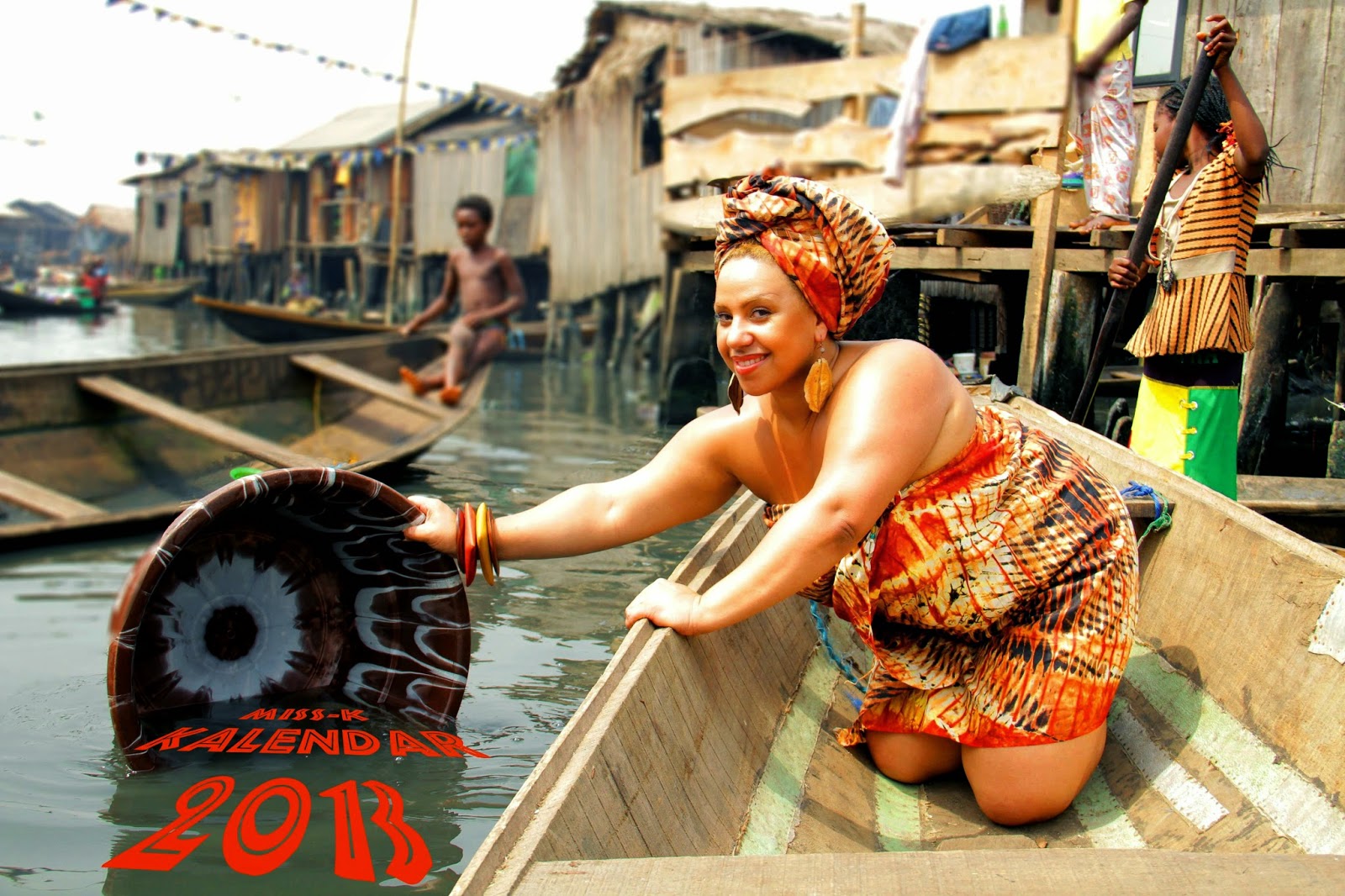 She came back to show gratitude and greet the local villagers, arriving with bags of clothes, toys, and sweets for the kids…and most importantly to say “hi” and “thank you”.

A selfless Individual indeed, this should come to no surprise to anyone who has been following Miss-K’s Humanitarian journey.
It seems Miss-K has fallen in love with Nigeria and it seems the country has fallen in love right back with Miss-K.

We now hear that Miss-K just left Nigeria, before the elections arose, flying to Paris (France) to further advance the course of this secretive project.

But a mystery remains.

A mystery that has been awful in its treachery, not only to the media, but to humanity as a whole.

What does Miss-K’s secret project hold…???!! 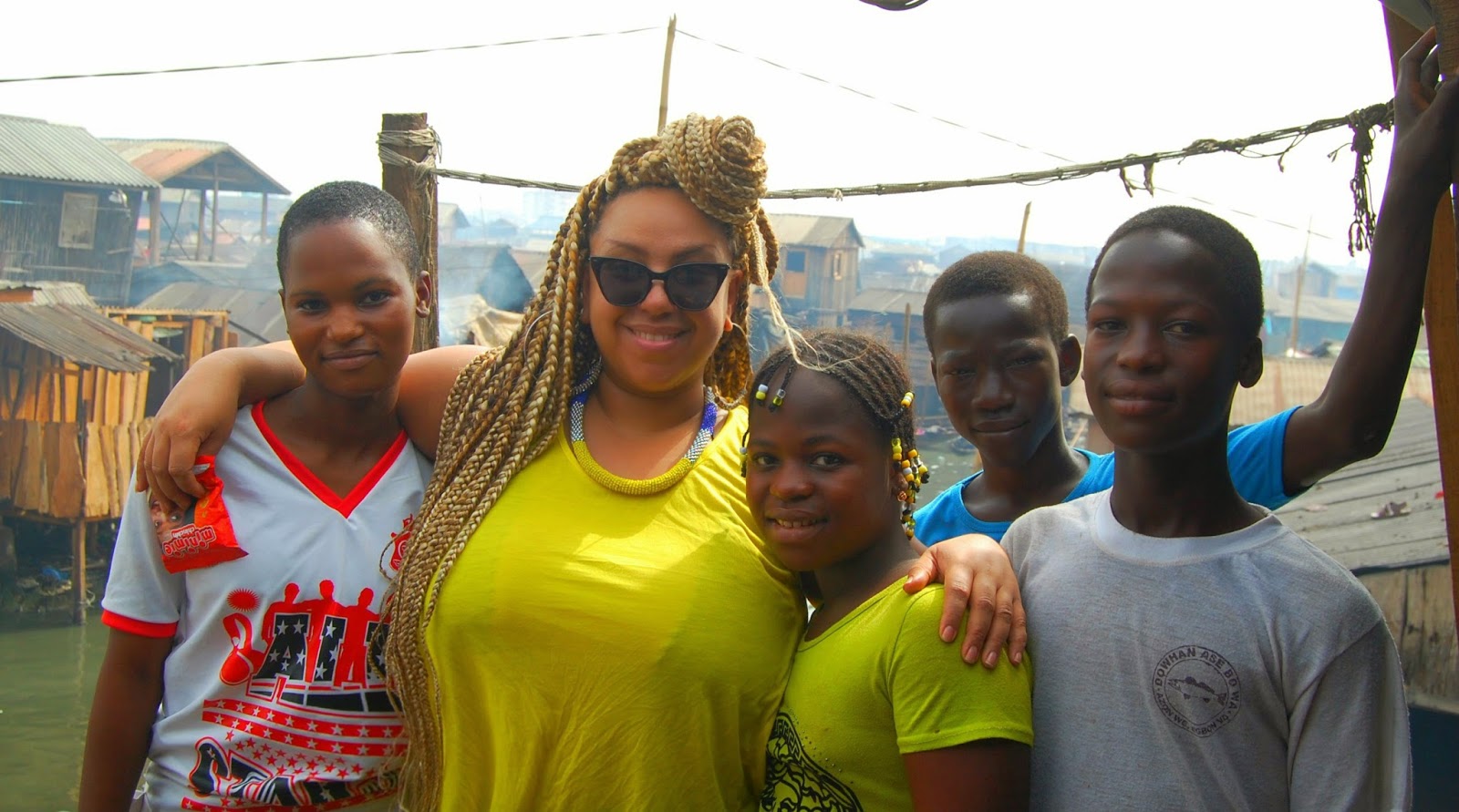 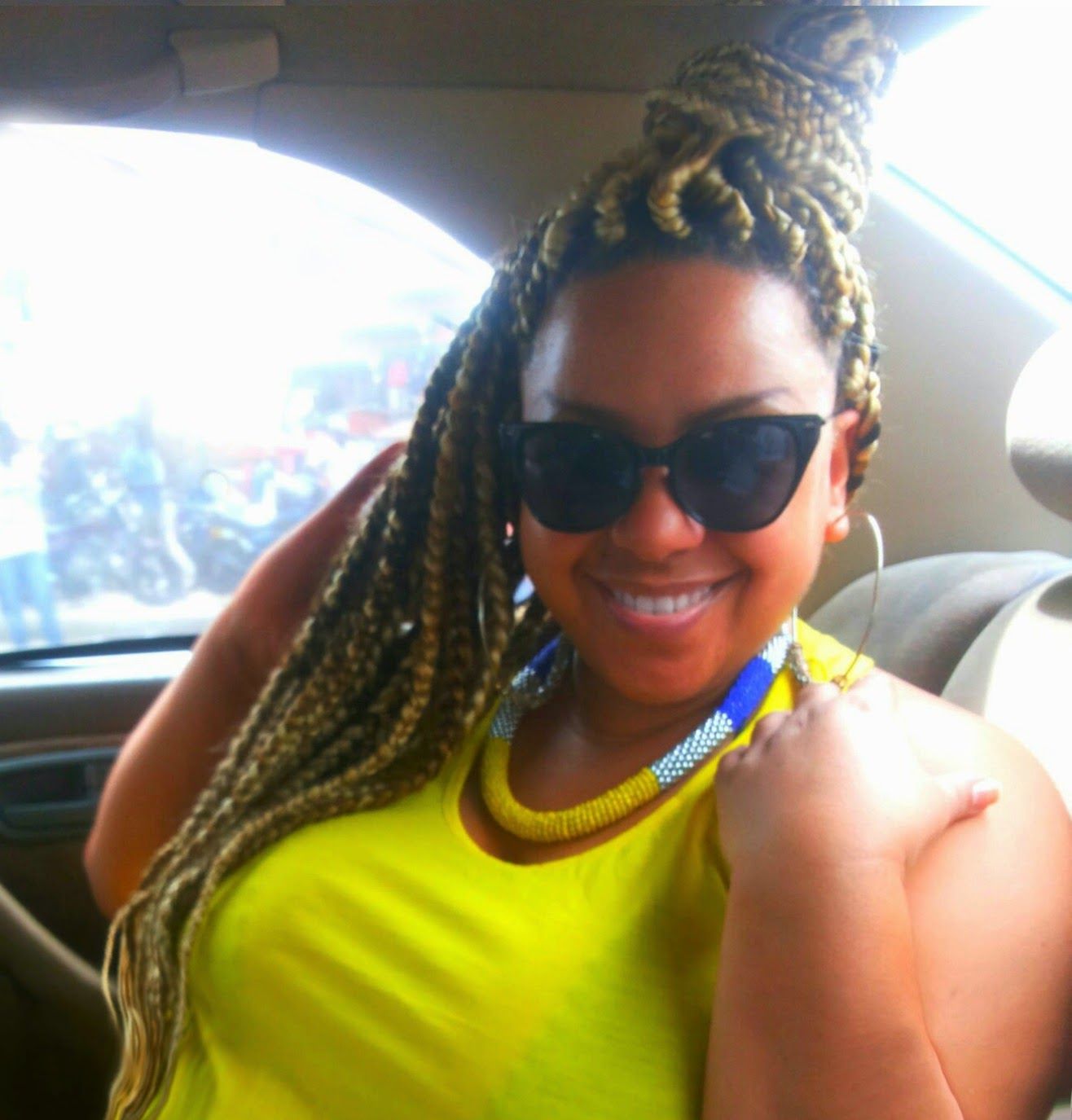 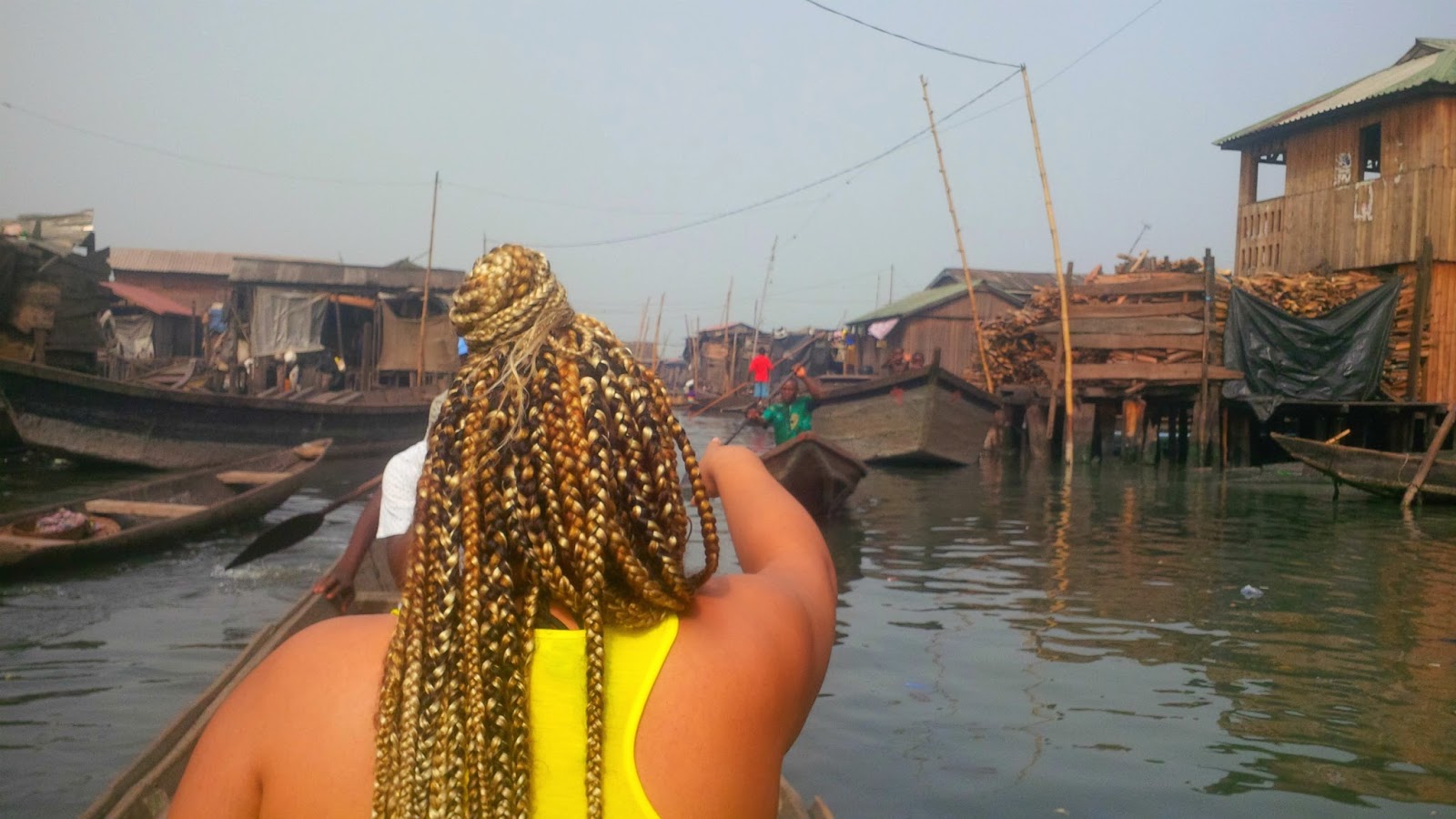 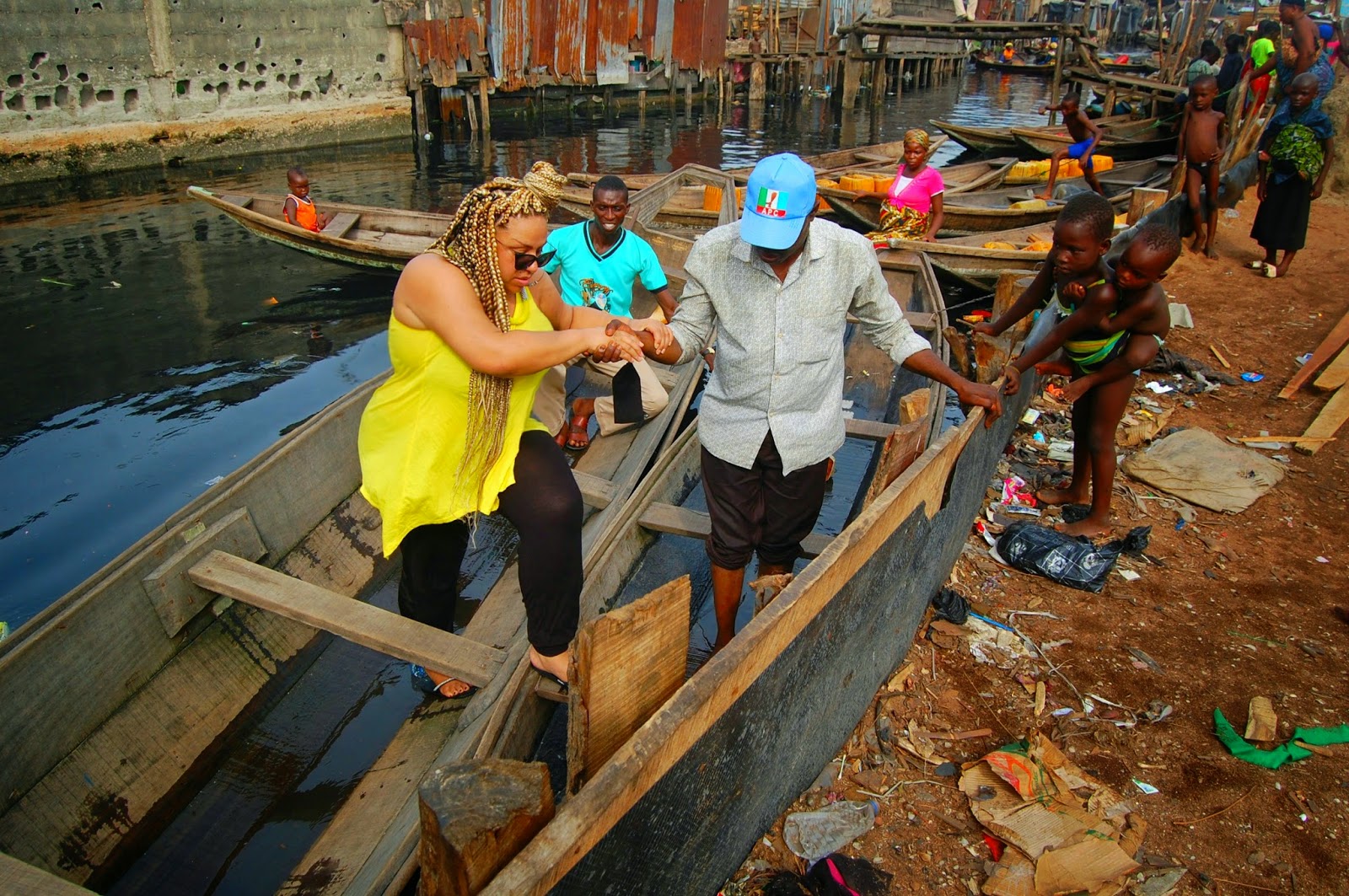