Lattimore informed the San Francisco 49ers he will retire. He tried to make it back since the 49ers made him a fourth-round pick in April 2013, gambling on his immense talent if he could overcome the knee injury, but it was physically impossible. In a statement, Lattimore said getting his knee fully healthy to play in the NFL was "proven to be insurmountable." Lattimore, once a near lock to be a first-round pick, will retire without ever playing in an NFL game. He's 23 years old.
[Join FanDuel.com's $3M Week 10 fantasy league: $25 to enter; top 26,405 teams paid] 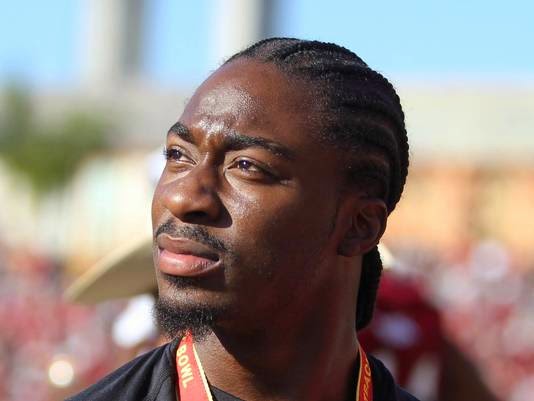 It shouldn't have been this way, of course. Those who defend the NFL's early-entry rule, which forces players to be three years removed from high school before declaring for the draft, are in denial, selfish because they don't want to see college football weakened, or both.
Lattimore shouldn't have had his knee shredded playing against the University of Tennessee in 2012. He should have been in the NFL by then. Had he come out as a sophomore, he would have been drafted very high. But he had to stay, because the NFL makes it so.
And, being their partner in this crime, the powers that be in college football aren't going to argue. Colleges make more money off unpaid athletes the longer they stay in school. And then Lattimore got hurt. But at least the NFL's free minor league keeps on going without an issue, right? College football ratings still keep coming in at a great clip with the best players forced to stay three years. Nice system. If the collateral damage is a young man like Lattimore misses out on a dream career he spent his whole life working for, so be it.
Lattimore will likely be fine without playing football. ESPN.com reported earlier this week that if he retired he could cash in a $1.7 million insurance policy. Aside from the money, by all accounts he's a likeable, motivated and intelligent young man. When he got injured, the outpouring of support at South Carolina was almost unprecedented. That tells you all you need to know about where Lattimore, who indicated he will return to South Carolina to finish his degree, is headed after retiring as a player.
Whether he lands a job in football or outside of it, he'll be a success. It's just a shame he couldn't have played in the NFL for a while before he moved on to the next phase. He was a tremendous college running back. But he couldn't make it happen. When he tried practicing last week, he had more pain in his knee. That was it. It just wasn't worth the fight anymore, because the conclusion was clear.
Here is Lattimore's full statement, from the 49ers' website: 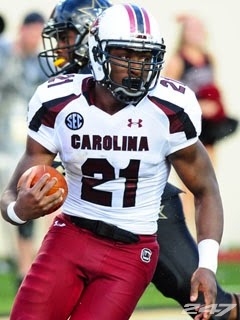 “After prayer and careful consideration, I have decided it’s time to end my professional football career,” said Lattimore. “I have given my heart and soul to the game that I love, and it’s time for me to move on to the next chapter of my life and help others. I have given every ounce of my energy toward making a full recovery from my knee injury, and I have made a lot of progress. Unfortunately, getting my knee fully back to the level the NFL demands has proven to be insurmountable.“I am grateful for the entire 49ers organization. Their decision to draft me was the realization of a lifelong dream to be an NFL player, and I cannot thank them enough for believing in me and for doing everything in their power to assist in my recovery. I will always be a 49er!

“Though I am proud of what I have accomplished throughout my football career, I am sincerely disappointed that it must end, but I trust that God has a great plan for my future. As for what’s next, I will be returning to the University of South Carolina to complete my degree. I cannot say enough about the support from the Gamecock family since the first day I stepped on campus until now. I am so proud to be a part of the USC family, and I promise to always represent the garnet and black with honor and integrity. I will also continue to work with my foundation, the Marcus Lattimore Foundation / DREAMS, to provide opportunities and platforms to benefit youth sports programs in the state of South Carolina. I am looking forward to pursuing my personal interests and helping others achieve their goals and dreams.

“There are so many people who have supported me throughout my career; it is impossible to list them all and to show them the proper gratitude. I must thank God for all of His blessings and guidance. I would not be where I am today without the support of my family. I also appreciate the outpouring of support from friends, fans, opposing players and strangers; your support means more than you will ever know.” 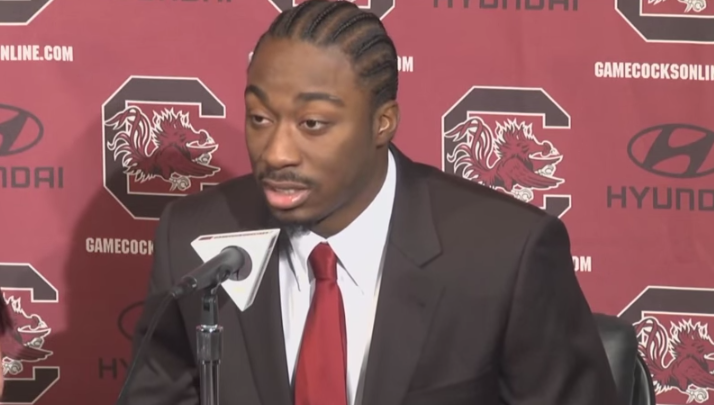