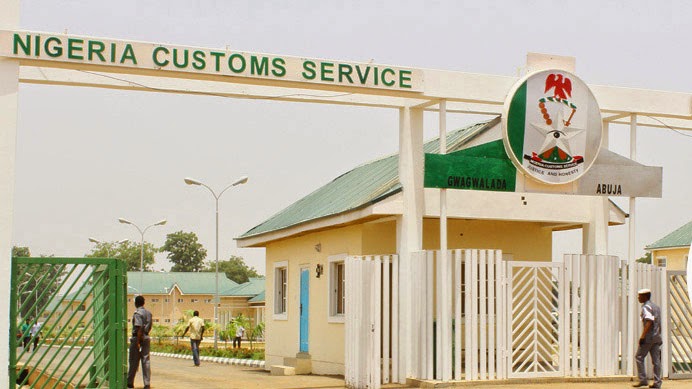 SPECIAL REPORT BY OSAGIE CERUTTI
The presence of illegal police checkpoints in some parts of Lagos State has become a source of worry to road users over the last couple of years in Nigeria
Such checkpoints are on the roads such as LASU-Iba; WEMPCO in Agidingbi; Lagos–Ibadan Expressway, (Berger end); Lagos-Abeokuta Expressway and some roads in Ikorodu.
Motorists, commercial drivers and articulated vehicle drivers expressed outrage over the development, saying it was contrary to the directive of the former Inspector-General of Police, Mr. Mohammed Abubakar.
They said with the checkpoints in many parts of the state, the era of extortion and brutality by policemen had also returned, now we can reveal that it is not only Police that have cause some nuisance of sort but also Custom
The Nigerian Customs Service (NCS) which is an independent agency under the supervisory oversight of the Nigerian Ministry of Finance, is responsible for the collection of customs revenue collection and anti-smuggling efforts.
The NSC was founded in 1891 when the former British Colonial administration appointed T. A. Wall as Director-General of Customs for the collection of Inland Revenue in Niger Coast Protectorate. This became the Department of Customs and Excise in 1922, managed by the Comptroller of Customs and Excise, Federation of Nigeria
Reputation 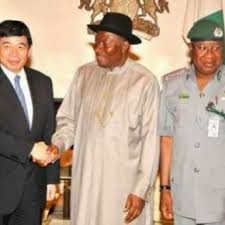 The service’s reputation has been marred by numerous corruption and fraud scandals across the years. According to Transparency International’s 2010 Global Corruption Barometer, more than half of local households surveyed attested to paying bribes to NCS officers in 2009.
To date, complex customs regulations and bureaucracy surrounding the import and export of goods has nurtured an environment in which bribes are commonly paid. Several companies are also believed to undervalue their goods upon importation to avoid penalties. Yet other companies, operating in the informal economy, resort to smuggling as a means of avoiding legal trade.
Now the big news that WORLD LEADERS have scooped out  that  many Nigerian business men, especially men that dies business from Lagos to east are not in  any way happy with Nigerian customs service in that part of the country
Reasons? If you decide to move from Lagos to east on business drive, you will encounter several manner of custom roadblock, both legal and illegal
An Apapa based mogul who spoke to Business people last week posited that: ‘As we left from Lagos I saw what is unprecedented   in Nigeria roads, first from Ijebu Ode, to Ore, to Ore border and then to Our, Ojar, then to Benin, Agbo, to Okpanam , and all the way to Asaba, to Umunna toll gate, It did not end there, we were told that this unusual check point continued to Oji river
ON effect of this endless road blocks, the Eastern business men spoke to asked in pains, ‘’ARE they supposed to be there? MOST of what they do is to extort goods that are both legal and otherwise, in situation where they can’t get funds
The big question now is who will call this illegal custom check Pont men to order

Reform Attempts/ Call on NCS Czar to up His Game 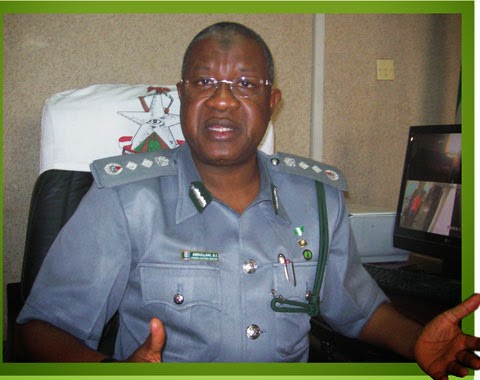 Meanwhile, the current comptroller-general has been driving a reform programme endorsed by President Goodluck Jonathan that will see the NCS conform to global best practice.
Dikko himself publicly stated at a training seminar that “We pledge to be steadfast, committed and resolute in this fight no matter how overwhelming the challenges may appear. His efforts appear to be taking effect. The unit secured its revenue target to date so far and, seen in part to be as a result of an increase in transparency. In addition, many officers have also been suspended and their salaries stopped for their involvement in corrupt dealings... it is only hoped that Dikko will step up his game on the massive illegal Eastern blocks