THe late  American charismatic leader  must be on the minds of former Nigeria's head of state, Alhaji Umaru Musa Yar'Adua when he divulged tham  : ''My fellow American ,ask not what your country can do for you, but what you can do  for your country''

IN 2009,precisely in the early morning of JUNE 25 , the then Head of state and commander in chief of the Armed Forces, President , Alhaji Umaru Musa Yar’Adua ,and his then Vice, Dr Goodluck Jonatthan,made history when he proclaimed a 60 days unconditional amnesty  for militant in the Niger Delta  as a landmark step toward resolving the chronic crises in that region 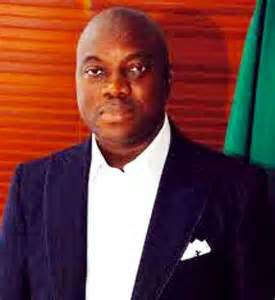 Indeed Four years after the Federal Government of   Nigeria, headed then by President Umaru Yar' Adua, made, the Presidential Amnesty Proclamation, and three years after the implementation of the Amnesty Programme meant to arrest the scourge of armed militancy in the Niger Delta, the proverbial water that has passed under the bridge has not only swept an old order away: it has also delivered a new system enabling Nigeria, its government and citizens to prospect for a future of progress, peace and harmony.`

Before then, it was a dreary situation. Armed youths virtually held the nation by this jugular with ceaseless attacks on oil installations in the region. These bad disastrous consequences on the nations and its citizens just as several multinational companies relocated not only from the area hut also from Nigeria. The country lost billions of naira that would have accrued from oil revenue to the Federation Account.

There was also a concomitant drop in our oil production to as low as 700,000 barrels per day from a potential 2.2million barrels per day. In 2008 alone, at the height of the crisis it was estimated that more than N3 Trillion was lost as a result of the attacks on oil facilities.

The core mandate of the Presidential Amnesty Officel led by Hon. Kingley Kuku  is  with a three-pronged: Disarm, Demobilize and Reintegrate (DDR) into evil society the 30,000 former 'Niger Delta algitators now captured in tile. programme. Pursuant to this mandate, these ex­-agitators have been disarmed and demobilized and are in various stages of reintegration.

ECONOMIC BENEFITS OF THE AMNESTY PROCLAMATION

With Nigeria producing today about 2.4million barrels of crude oil per day as against the abysmally low between 700,000 and 800,000 barrels per day at the peak of the Niger Delta crisis in January 2009, the nation  and its Joint Venture  are currently making production saving of up to 1.7million barrels per day.

Computed with the prevailing exchanges rate of about N160 to a dollar, daily production savings for Nigeria and the JV partners stands at a minimum of N30 billion per day.

Given that on production in Nigeria hovered between 2. 4 and 2.6 million barrels in 2011and 2012, it would be safe to assert that saving for Nigeria and the JV Partners for year ending 2012 is estimated at a whopping N6 trillion..

Concomitantly, but for the amnesty proclamation and the successful management of the post-amnesty programme by His Excellency, President Goodluck Jonathan, Nigeria and its JV Partners would have lost by year ending 2012 the staggering sum of N6 trillion or much more.